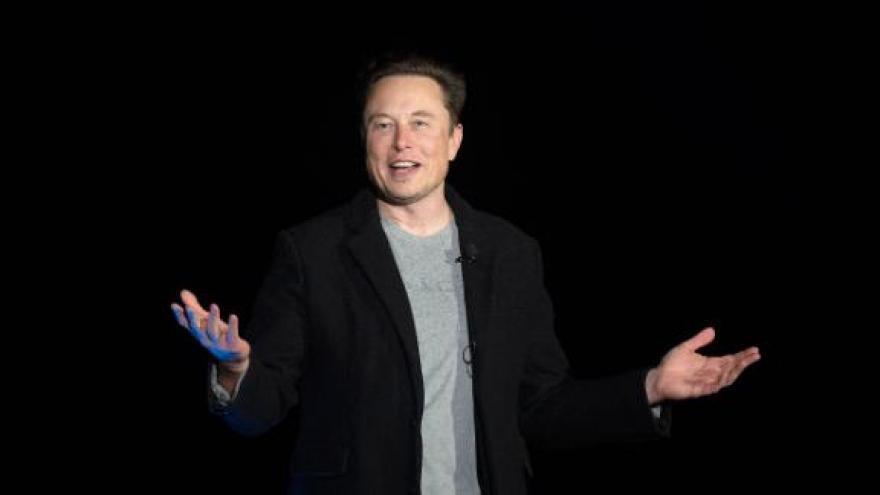 (CNN) -- Elon Musk said Twitter might soon charge fees for certain users, as the billionaire continues to tease how he might change the platform as its new owner.

Musk, who struck a roughly $44 billion deal to buy Twitter last week, said in a tweet the platform will "always be free for casual users," but there might be a "slight cost for commercial/government users." The Tesla and SpaceX chief executive announced the potential major update as a follow-up to a more cryptic tweet he shared earlier Tuesday, which stated, "Ultimately, the downfall of the Freemasons was giving away their stonecutting services for nothing."

Musk's suggestion that Twitter could start charging some business and government users comes as company staffers and millions of Twitter users await any clues for how the takeover will impact the platform he's now seeking to take private. News of Musk's takeover has leftlawmakers in the U.S. and Europe with questions over the past week.

Musk referred to Twitter as "the digital town square" in his initial statement announcing that his bid to acquire the company was accepted, in which he first hinted at some changes to come.

"I also want to make Twitter better than ever by enhancing the product with new features, making the algorithms open source to increase trust, defeating the spam bots, and authenticating all humans," Musk said at the time.

Musk has also said, repeatedly, that he hopes to better promote "free speech" on Twitter -- though details on how he would approach this have been vague. In addition, he shared with his 90 million Twitter followers that he is seeking to add end-to-end encryption to Twitter Direct Messages.

Deciphering the meaning of Musk's tweets, however, has famously been difficult. In between announcing potential policy and product updates, Musk also tweeted an apparent joke that he is "buying Coca-Cola to put the cocaine back in." In another tweet, he said he will change Twitter also include removing the "w" from its name.

Twitter did not immediately respond to a request for comment. Reuters reported late last week, citing anonymous sources familiar with the matter, that Musk told banks that agreed to help fund his acquisition that he would develop new ways to monetize tweets and crack down on executive and board pay to help slash costs.

In its latest filing with the US Securities and Exchange Commission related to the takeover, Twitter said that, "Until the transaction closes, it is business as usual for us, including with respect to our products."

"We are always iterating to make Twitter the best it can be for people on the service," the company filing added. "When there are changes, we will be sure to communicate as we always have."

During his appearance at the Met Gala earlier this week, Musk told reporters that he is seeking to make Twitter "as broadly inclusive as possible" and doubled downon his vows to rid the platform of "bots and trolls." Musk, who brought his mother as his date to the event, continued to express his high hopes for unlocking Twitter's potential.

Still, at one point he said, "Hopefully, my good intentions do not pave the road to hell."