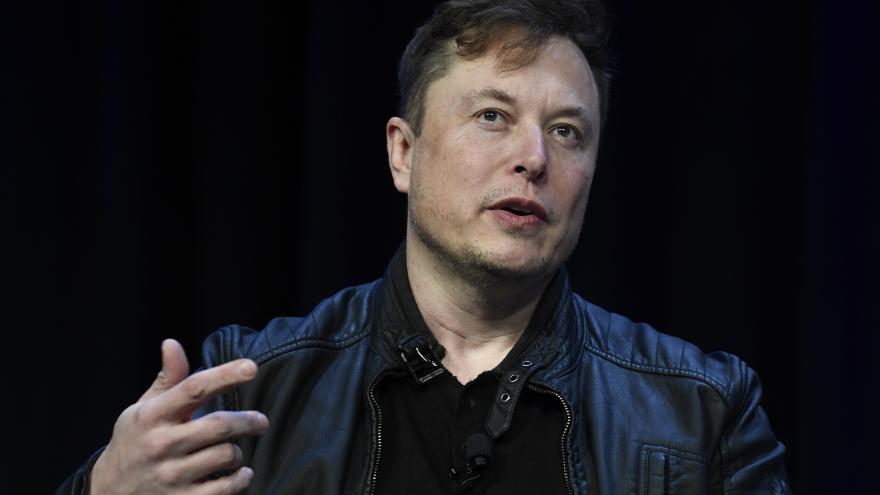 (CNN) -- Elon Musk has made an offer to buy Twitter and take it private, saying he believes it needs to be "transformed."

According to an SEC filing, Musk has offered to acquire all the shares in Twitter he does not own for $54.20 per share, valuing the company at $43.4 billion. That represents a 38% premium over the closing price on April 1, the last trading day before Musk disclosed that he had become Twitter's biggest shareholder, and an 18% premium over its closing price Wednesday.

Musk said the cash offer was his "best and final offer," according to the SEC filing, adding that if it's not accepted he would have to reconsider his position as a shareholder.

The Tesla CEO sent an offer letter to the company Wednesday night, according to the filing.

"I invested in Twitter as I believe in its potential to be the platform for free speech around the globe, and I believe free speech is a societal imperative for a functioning democracy," he said in a letter he sent to Twitter. "However, since making my investment I now realize the company will neither thrive nor serve this societal imperative in its current form. Twitter needs to be transformed as a private company."

The letter was addressed to Bret Taylor, the chair of the Twitter board, not CEO Parag Agrawal, who assumed that title last fall. It concludes: "Twitter has extraordinary potential. I will unlock it."

Twitter issued a statement Thursday confirming that it had received the offer. It said its board would carefully review the proposal "to determine the course of action that it believes is in the best interest of the company and all Twitter stockholders."

Last week, Musk disclosed he had been buying shares of Twitter since late January, and that he had accumulated a 9.1% stake since that time, spending $2.6 billion on the shares he purchased. After that disclosure, he initially accepted an offer of a seat on the board of the company, an agreement that included a cap on his investment in the company to a 14.9% stake.

On Sunday Twitter CEO Parag Agrawal disclosed Musk had decided not to join the board, which removed that limit.

Musk had been unusually silent on his plans for Twitter in the days since then.

Musk did not disclose how he intends to fund his purchase. He said he has hired Wall Street giant Morgan Stanley as his financial advisor for the transaction.

While Musk is the richest person on Earth, most of his $274 billion net worth is tied up in his holdings in publicly-traded Tesla and privately-held SpaceX, and he has been reluctant to sell shares of Tesla beyond what he needed to sell in order to pay taxes.

Shares of Twitter shot up 12% in premarket trading on the offer Thursday, shares of Tesla slipped 2%.

Musk is not a fan of having his companies be publicly traded. While other private space exploration companies such as Virgin Galactic have gone public, SpaceX had remained privately held, despite speculation it is ripe for a public offering. And in August of 2018, he announced — on Twitter — that he was thinking of taking Tesla private, saying he thought that was its best path forward.

Musk's tweet about taking Tesla private, in which he said he had "funding secured" for the offer when he did not, got him in trouble with the SEC. He eventually had to give up the position as chairman of Tesla, and agree to have his tweets with material information about Tesla reviewed by other executives at the company.

Taking a company private, or keeping it private, reduces the oversight the watchdog agency has on its operations.

— Brian Fung and Brian Stelter contributed to this article.