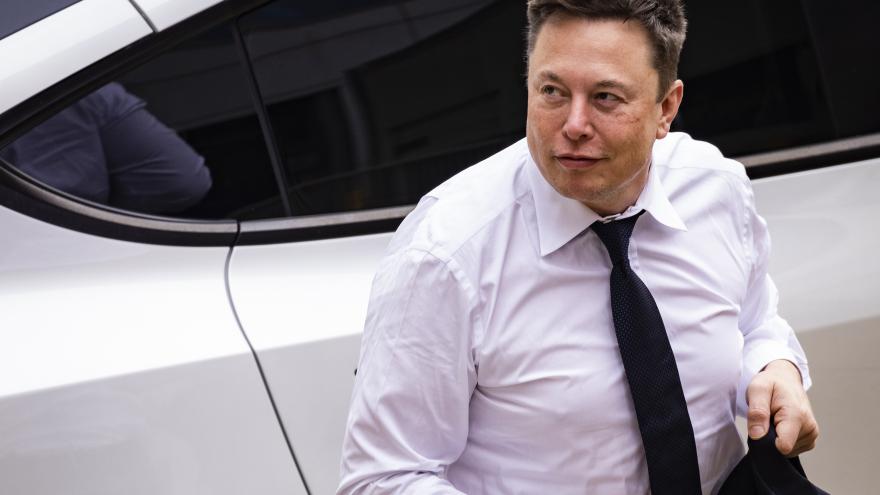 (CNN) -- Jack Sweeney, a 19-year from Florida, rejected a $5,000 offer from Elon Musk to delete his Twitter account that tracks the billionaire's private jet.

ElonJet has over 150,000 followers, and uses a bot that Sweeney developed to monitor Musk's flights. The feed then tweets out when and where the plane takes off or lands and the duration of each trip.

The college freshman has developed about a dozen other flight bot accounts that track the travels of high-profile tech titans, including Bill Gates and Jeff Bezos.

"Can you take this down?," Musk asked Sweeney. "It's a security risk."

The Tesla and SpaceX CEO eventually offered the teenager $5,000 to help prevent "crazy people" from tracking his flights. Sweeney countered asking for $50,000, saying he could use the money for college and maybe a Tesla Model 3.

"I don't love the idea of being shot by a nutcase," Musk said.

The last message exchange was Wednesday, Jan. 19, when Musk said it didn't feel right "to pay to shut this down." CNN Business has viewed the messages.

"Options other than remuneration like an internship would make taking it down a lot easier," Sweeney replied. Musk has not yet responded.

Sweeney said he's been a fan of SpaceX since the first Falcon Heavy launch in 2018. His father works for an airline, fueling his interest in aviation.

"5,000 is not enough for how much I get out of it," Sweeney said. "It doesn't replace anything, like the enjoyment factor."

Sweeney did offer Musk some technical advice, telling the billionaire about a blocking program he could use to counter flight tracking programs.

"It looks like he took that advice," Sweeney said, saying it appears Musk is currently using the blocking program.

So is Sweeney is still able to track Musk's flights despite the blocking program? "I am," Sweeney said. "It's just a bit more complicated."