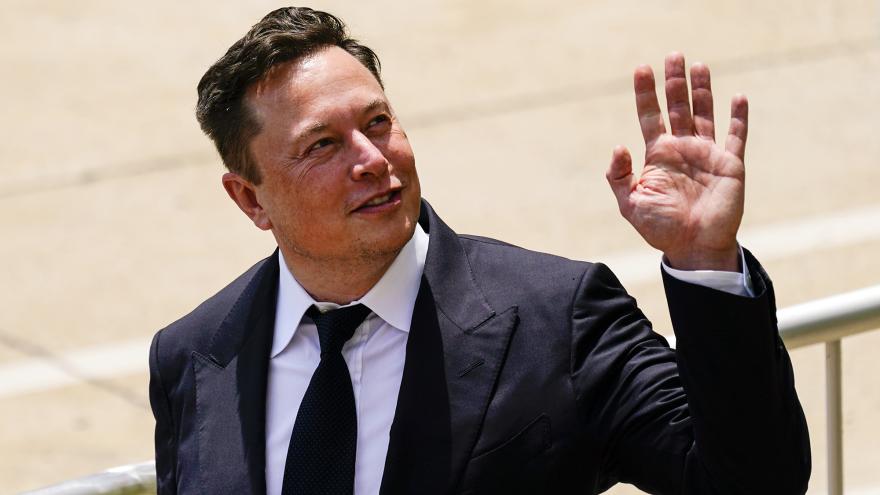 (CNN) -- Elon Musk is set to field questions directly from Twitter employees later this week for the first time since he agreed to buy the social media company.

Musk will take pre-submitted employee questions at a virtual all-hands meeting on Thursday, a Twitter spokesperson confirmed to CNN Business. News of the meeting was first reported by Insider.

The day after Twitter and Musk announced the acquisition agreement in April, Twitter CEO Parag Agrawal and Board Chair Bret Taylor held an all-hands meeting. They were peppered with questions about everything from what the deal would mean for their compensation to what Musk's takeover could mean for the company's commitment to ethical artificial intelligence. Agrawal told staff that he would seek to find time for employees to ask questions directly of Musk.

This week's meeting with employees will take place against a backdrop of uncertainty for the $44 billion deal, most of it a direct result of Musk's public statements. It also comes as many employees and industry watchers have raised concerns publicly about how Musk might upend Twitter's products and internal culture.

Musk has for weeks been saying the deal is "on hold" pending more details about the number of spam bots on the platform. Last week, the Tesla CEO issued his most direct threat yet that he could walk away from the acquisition.In a letter sent to a Twitter executive, a lawyer for Musk allegedthat the company is "actively resisting and thwarting his information rights" as outlined in the deal by refusing to give him access to a wide swath of data that Musk says would help him analyze bots on the platform.

Twitter now plans to hand over its "firehose" of data — including tweets and information about the devices and accounts that post them — to Musk in response to his request, according to a report from the Washington Post last week. However, it's not clear whether Musk will be able to use that to effectively count bots on the platform. Twitter declined to comment on the report. The company regularly releases its own estimates of the number of bots on the platform, and has said such accounts make up lessthan 5% of monetizable daily active users.

While Musk has been publicly fixated onthe number of bots, analysts have suggested that putting the focus on themmight bean attempt to create a pretext to get out of a deal that Musk may now see as overpriced after tech stocks have sunk. Shares of Tesla, which Musk is partially using to back his financing of the Twitter deal, have also declined steeply since he proposed the deal.

Employees arealso likely to have questions about how Musk's plans to boost "free speech" on the platform could affect their years of work on content moderation practices. Musk has said he plans to do away with most permanent bans on Twitter, bring back former President Donald Trump's and other suspended accounts, and avoid regulating all but illegal speech on the platform.

Employees may also ask Musk about his plans for workplace culture and the option towork from home, a practice Twitter has been known to be flexible about since the start of the pandemic. Earlier this month, Musk told executive staff at Tesla to return to in-person work or leave the company, according to a leaked email obtained by CNN.