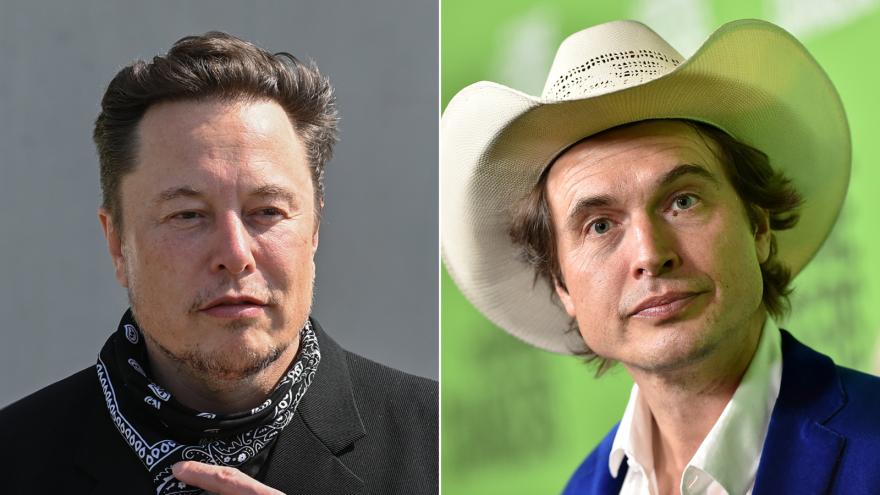 (CNN) -- Tesla CEO Elon Musk and his brother are under investigation by the Securities and Exchange Commission for possibly violating insider trading rules, according to media reports.

The Wall Street Journal, citing unnamed people familiar with the probe, said the investor watchdog agency is looking into sales of Tesla shares by Kimbal Musk, a member of the Tesla board, just before his brother, Elon, announced on Twitter that he would sell 10% of his own Tesla holdings, a move that sent Tesla shares sharply lower in the days that followed.

Tesla did not respond to a request for comment on the reports, and CNN Business hasn't independently confirmed the investigation.

The Financial Times reported that Musk denied wrongdoing, telling the paper that the investigation is "simply more evidence of Stevie grinding his very tiny axe yet again."

The reference is apparently to Steven Buchholz, an SEC staffer in the agency's San Francisco office, who is involved in SEC enforcement cases involving Musk and Tesla.

Musk's lawyers also filed a complaint Monday charging that there had been leaks by the SEC of its probe into Musk, without detailing what those leaks revealed. The Journal story that disclosed the the probe was published on Thursday.

The investigation reportedly centers on Kimbal Musk's sale of 88,500 Tesla shares in November, for which he received nearly $109 million.

The shares represented about 15% of his stake in Tesla at the time. Unlike his brother Elon who has rarely sold stock, Kimbal Musk has regularly sold shares in the company.

On Saturday, November 6 — the day after Kimbal Musk sold his shares — Elon Musk posted a poll on Twitter asking whether he should sell 10% of his shares. Musk claimed in the tweet that the sale would answer criticism that he paid little or no federal income tax, despite being the richest person on the planet. However the major factor in the sale was not the Twitter poll but the fact that he had to exercise stock options that were due to expire this August, a move that would create significant taxable income.

Musk gets no cash salary or bonus from Tesla and is compensated through lucrative stock options that become taxable only when he uses them to purchase shares.

His Twitter followers voted strongly in favor of the sale in a poll. Elon Musk began selling shares on Monday, November 8. Tesla's stock fell 5% that day, both because Musk's decision to sell was seen by some as a lack of faith, and because the large sale put downward pressure on its price. By itself Musk's sales that day — 934,000 shares valued at $1.1 billion — amounted to about 3% of Tesla shares traded.

If Kimbal Musk had waited and sold his shares after his brother did, he would have received $5.8 million less. Company insiders, such as executives and members of the board of directors, are not allowed to trade when they have material information that is not yet public that could affect the value of the stock.

It is not clear whether Elon Musk's decision to exercise the options and sell shares, or his plans to have a Twitter poll, would constitute company information and be subject to insider trading rules.

In his comments to the Financial Times, Elon Musk said "Kimbal had no idea I was going to do a Twitter poll." He added: "The idea that I would care about whether my brother might sell shares for a few million dollars less when my Twitter poll caused my own share sale to be over a billion dollars less is utterly absurd."

Between November 8 and the end of the year, Musk exercised options to acquire 22.9 million shares and sell a total of 15.7 million shares for $16.4 billion. Most of those sales were used to pay withholding taxes on the exercise of options. He also donated shares worth about $5.7 billion to an unidentified charity.

Musk has long been battling and criticizing the SEC. Tesla, Musk and the agency reached an agreement in 2018 after Musk misled investors in a tweet that said he had "funding secured" to take Tesla private, when in fact he only had discussions and did not have the funding locked up.

Musk eventually dropped plans to take the company private. Today, shares of Tesla are worth nearly 10 times the price at which Musk was proposing to pay to take it private.

The 2018 agreement, known as a consent decree, forced Musk to give up his title as Tesla chairman, though he retained the CEO title. He and Tesla were each forced to pay a $20 million fine, and Musk was ordered to have his tweets about material information related to the company reviewed before he posted them. In his comment to the Financial Times, he said company lawyers were aware he was going to conduct the Twitter poll about a sale of his shares.

-- Matt McFarland contributed to this report.