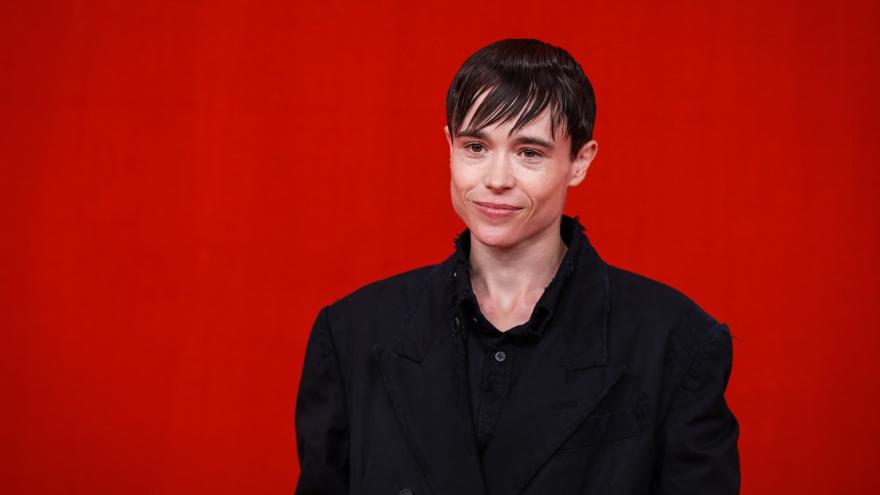 (CNN) -- Elliot Page will talk about his trans identity, mental health and his journey to Hollywood in an upcoming memoir published by Flatiron Books, a division of Macmillan Books.

The award-winning actor and director's upcoming memoir will be titled "PAGEBOY" and will be released in 2023, Flatiron Books said in a press release Thursday.

"The memoir will delve into Page's relationship with his body, his experiences as one of the most famous trans people in the world, and will cover mental health, assault, love, relationships, sex, and the cesspool that Hollywood can be," they added.

Page began acting as a child and was first widely noticed in the 2005 psychological thriller "Hard Candy," but his breakthrough came when he played a pregnant teenager in the 2007 coming-of-age drama "Juno," which earned him an Academy Award nomination.

In December 2020, Page came out as transgender in an Instagram post, saying he could not "begin to express how remarkable it feels to finally love who I am enough to pursue my authentic self."

The following March, he became the first transgender man to appear on the cover of Time magazine, and spoke to the magazine about his experience of undergoing top surgery, which he said had "completely transformed" his life.

The 34-year-old currently stars in the Netflix series "Umbrella Academy," and has been vocal on social media in encouraging people to speak up for transgender youth and fight back against anti-trans legislation.

"PAGEBOY completely knocked the wind out of me," Senior Editor Bryn Clark, who will edit the memoir, said in the press release. "Elliot's story pieces together a complicated coming of age where he struggles to maintain his strong sense of self in the face of a society that slowly fractures and fragments anyone who doesn't fit into a binary-driven world."