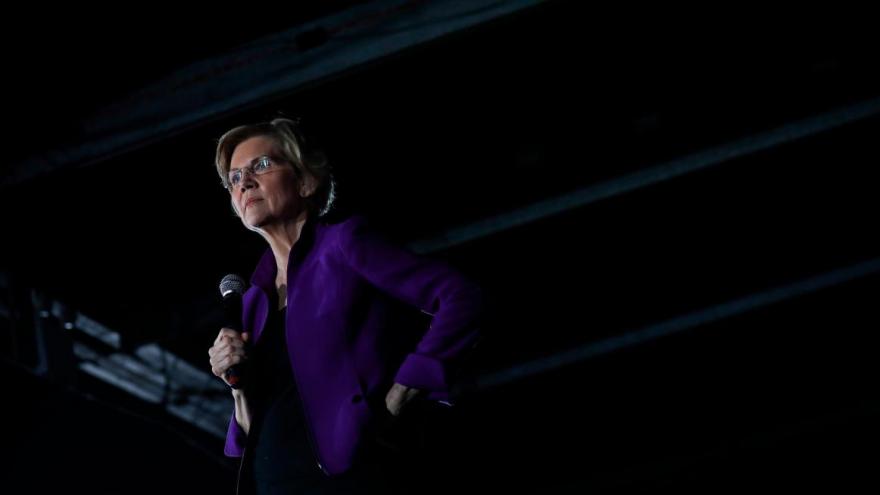 "The Mueller report lays out facts showing that a hostile foreign government attacked our 2016 election to help Donald Trump and Donald Trump welcomed that help. Once elected, Donald Trump obstructed the investigation into that attack," the 2020 Democratic presidential candidate wrote on Twitter. "Mueller put the next step in the hands of Congress: 'Congress has authority to prohibit a President's corrupt use of his authority in order to protect the integrity of the administration of justice.' The correct process for exercising that authority is impeachment."

Prior to this week, Warren -- like many other Democrats -- had consistently said that she would first need to first see the full report by special counsel Robert Mueller before drawing any conclusions on whether Congress should consider impeachment proceedings against the President. That question has been a divisive one for Democrats in Washington, with many in the party urging caution.

Warren's call for impeachment proceedings could foreshadow other national Democrats -- including additional presidential candidates -- following suit in the coming days.

The Massachusetts Democrat on Saturday doubled down on her support for initiating impeachment proceedings, telling reporters after a campaign rally in Keene, New Hampshire, that she felt "responsibility to speak out" after reading the special counsel's report.

"I took an oath to the Constitution of the United States, and the Constitution makes clear that the accountability of the President is — lies through Congress, and that's the impeachment process," she said.

Warren said Saturday she has not spoken to House Speaker Nancy Pelosi or "any other Democrat" on the issue of impeachment proceedings.

On Friday, Warren said on Twitter: "To ignore a President's repeated efforts to obstruct an investigation into his own disloyal behavior would inflict great and lasting damage on this country, and it would suggest that both the current and future Presidents would be free to abuse their power in similar ways."

Warren, a vocal critic of Trump, also said that the "the severity of this misconduct demands that elected officials in both parties set aside political considerations and do their constitutional duty. That means the House should initiate impeachment proceedings against the President of the United States."

According to a Warren aide, the senator, who was flying back to Boston from Salt Lake City on Thursday, began reading the redacted Mueller report on the plane. She continued reading into the night after getting home. When she was finished, she felt it was her "duty" publicly share her thoughts, the aide added.

The aide also told CNN that Warren's decision to call on impeachment proceedings does not mean that the topic of impeachment will become the central theme of her 2020 campaign going forward. Warren plans to continue to roll out major policy proposals and discuss on the stump how she believes Washington is "broken," according to the aide.

CNN's Daniella Diaz and Savannah Behrmann contributed to this report.