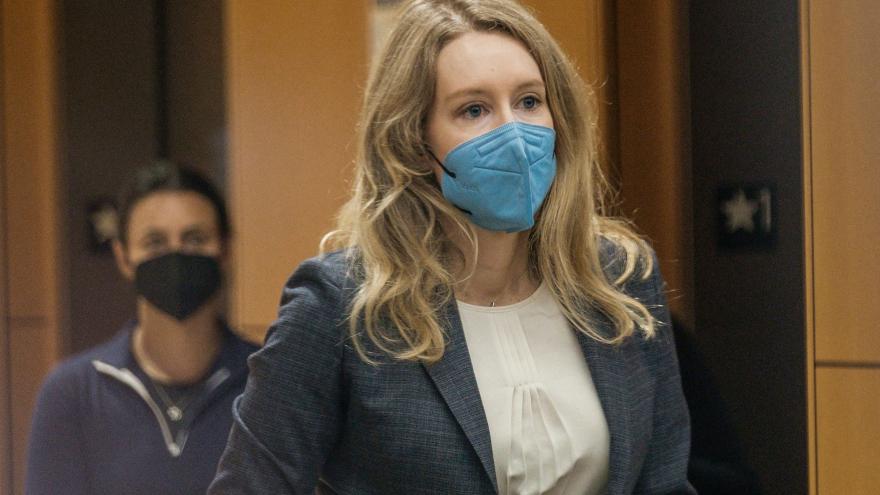 (CNN) -- A longtime Theranos scientist depicted Elizabeth Holmes as prioritizing a business partnership over the possible well-being of patients in testimony capping off the first full week of witnesses taking the stand in the criminal trial of the disgraced founder.

The witness, Surekha Gangakhedkar, a scientist who worked for Theranos for eight years before quitting over her concerns about the company's capabilities, will continue her testimony Tuesday when the high-profile trial resumes in a San Jose federal courtroom.

Gangakhedkar testified Friday that Holmes was directly knowledgeable about the failings of its proprietary blood analyzer machine yet moved forward with the rollout of its devices to Walgreens locations.

Gangakhedkar, who first joined Theranos in 2005 and said she reported to Holmes for a time, testified that she returned from a nearly month-long vacation to learn the company planned to soon use its devices to test patient samples, despite what she said were unresolved reliability issues. She said she felt pressured by Holmes to validate tests for patient use.

"I was very stressed and unhappy and concerned with the way the launch plans or the launch was going," said Gangakhedkar, who left the startup in September 2013, around the time when Theranos issued a press release about its long-term partnership with the pharmacy chain. "I was not comfortable with the plans they had in place so I made a decision to resign and not continue working there."

Gangakhedkar, who was granted immunity against self-incrimination by Judge Edward Davila ahead of testifying, said she spoke directly to Holmes about her decision to quit, including her concerns with the plans to move forward with the launch.

Holmes, Gangakhedkar testified, responded by conveying "that when she has a promise to deliver to the customer, she doesn't have much of a choice but to go ahead with the launch."

This testimony strikes at the trial's central questions: what Holmes knew, when she knew it, and whether she intended to deceive investors, patients and doctors. The government is trying to convince the jury that Holmes knowingly misled investors, patients, and doctors about the capabilities of her company and its proprietary blood testing technology as she found herself running out of time and resources to make the technology work. The defense, for its part, has argued that Holmes was a young, ambitious CEO whose company failed but that failure is not a crime.

Holmes faces a dozen counts of federal fraud and conspiracy charges and faces up to 20 years in prison. She has pleaded not guilty.

Striking a partnership with Walgreens in 2013 lent significant credibility to the startup. Together, the two built "wellness centers" within some Walgreens locations. It was the company's only active direct-to-consumer partner before things came crashing down after a Wall Street Journal investigation into Theranos' technology and testing methods prompted broader scrutiny.

The Walgreens launch coincided with a flurry of press coverage — an unveiling of sorts for the company, which had spent about a decade under the radar. But while the two had originally planned to make Theranos' testing available at Walgreens locations nationwide, the services were only available in roughly 40 stores before Walgreens cut ties with the company in June 2016 after it voided two years of blood tests.

(Walgreens sued Theranos for breach of contract, seeking to recover the $140 million it poured into the company. The lawsuit was settled August 2017.)

Gangakhedkar testified that she printed out documents pertaining to her work at the company because she was "worried about the launch," even though doing so was in violation of her non-disclosure agreement. "I was actually scared that things would not go well. And I was also worried that I would be blamed," adding that she took the documents to protect herself.

Gangakhedkar is the third former employee, and third witness called by the prosecution, to take the stand in the long-awaited trial of Holmes. The trial is slated to take place over several months on Tuesdays, Wednesdays and Fridays. Holmes' defense attorney Lance Wade began his cross-examination of Gangakhedkar shortly before the end of the day Friday.

Among those expected to testify soon is Daniel Edlin, a former senior project manager at Theranos who mostly reported directly to Holmes. According to a recent court document, Edlin's responsibilities included managing the company's relationship with Walgreens.