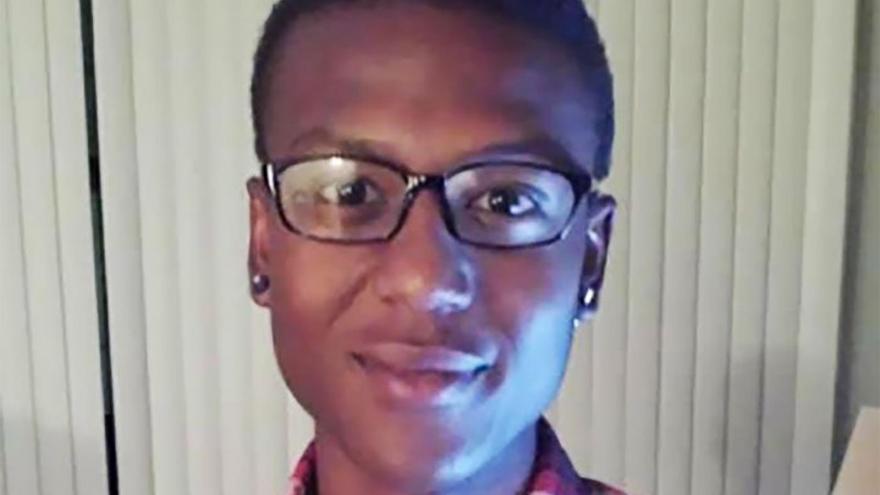 Elijah McClain died in a hospital after an incident involving Aurora police.

(CNN) -- When Colorado Gov. Jared Polis announced his administration would reexamine the death of a 23-year-old Black man in police custody, he answered a call the man's family has been making for almost a year.

"Last year, we stood on the municipal center steps demanding an investigation and what did we hear then? Crickets," an attorney for the McClain family, Mari Newman, told CNN's Don Lemon Thursday.

The investigation into the 2019 death of Elijah McClain follows recent social media outcry and a petition signed by more than 2 million people. McClain's death is one of several cases to receive renewed scrutiny following the police killings of George Floyd, Breonna Taylor, and others in incidents sparking massive protests across the country.

"Why did it take almost a year, international media attention, millions of people signing a petition for a responsible adult to finally step up and do what should have happened right from the outset?" Newman said.

Attorney General Phil Weiser will now investigate the death of Elijah McClain at the governor's order. The city of Aurora, a suburb of Denver, is planning a separate investigation into the actions of first responders in the case.

On August 24, 2019, McClain was stopped by three White officers as he walked home from a convenience store, after a 911 caller described a "suspicious person," according to a police overview of the incident. McClain resisted officer contact, the report says, and a struggle ensued. On one of the officers' body cameras, McClain is heard saying, "I'm an introvert, please respect the boundaries that I am speaking."

Bodycam video shows McClain telling officers that he was trying to stop his music to listen to them, then they begin to arrest him. One officer is heard telling another, "He just grabbed your gun, dude."

The video shows an officer wrestling McClain to the ground.

At one point during the struggle, an officer is heard telling McClain, "If you keep messing around, I'm going to bring my dog out and he's going to dog bite you."

An officer placed McClain in a carotid hold, or chokehold, and he briefly lost consciousness, according to an overview of the incident provided by police. They released the hold, the report says, and he began struggling again. When paramedics arrived at the scene, they administered the drug ketamine to sedate McClain, the report said. According to a letter from the district attorney, McClain suffered a heart attack while in the ambulance, and he was declared brain dead three days later.

An autopsy did not determine a cause of death but listed intense physical exertion and a narrow left coronary artery as contributing factors, according to the police overview. The coroner found the amount of ketamine in his system to be a therapeutic amount.

The officers in the case were placed on administrative leave following McClain's death, but were later reinstated after prosecutors declined to file charges against them.

CNN has contacted the Fraternal Order of the Police in Aurora for comment but has not received a reply yet.

Why it wasn't prosecuted

At the time of the incident, the Adams County district attorney Dave Young declined to file criminal charges against the officers.

Young told CNN's Chris Cuomo Thursday that the amount of evidence in the case was a factor in not prosecuting.

"I'm not here to condone their actions -- in fact, I disagree with what they did on the night of August 24, 2019," Young said. But, he said, the forensic autopsy report could not determine McClain's cause of death.

And Newman attributed lack of evidence to the officers dislodging their body cameras, which she believed to be intentional. All three came off when the officers tackled McClain, and at three different times in the video, people were told to remove or turn off the cameras, she said.

New legislation and the possibility of prosecution

With the current public outcry, new charges could be filed in connection with McClain's death.

Polis announced Thursday that he signed an executive order designating Attorney General Weiser to investigate the death of McClain.

"Elijah McClain should be alive today, and we owe it to his family to take this step and elevate the pursuit of justice in his name to a statewide concern," Polis said in the release.

Polis said Weiser would criminally prosecute individuals if the facts support such action.

"He was an angel among humans," Newman said of McClain. "He would go to play his violin on lunch hour to animals who were waiting to be adopted so they wouldn't be lonely."

In his statement Thursday, Polis said he was moved "by speaking with Elijah's mother and her description of her son as a responsible and curious child who became a vegetarian to be healthier, and who could inspire the darkest soul."

The Enhance Law Enforcement Integrity Act mandates body cameras, requires public reporting on policing, prevents rehiring of "bad actors," holds individual officers liable for their actions, restricts the use of chemical agents and projectiles, and establishes that officers can only use deadly force when there is an imminent risk of danger to human life if apprehension is delayed, according to a joint press release from the General Assembly Democrats last week.

The legislation also repeals an officer's authority to use chokeholds and other dangerous tactics, the release said.