Elijah McClain's death to be subject of grand jury investigation 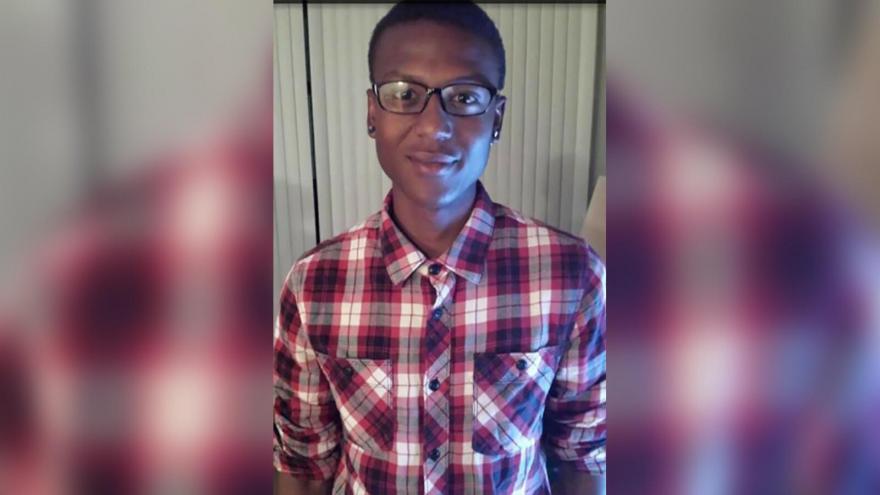 Colorado Attorney General is opening a grand jury investigation into the 2019 death of Elijah McClain. McClain was walking home from a convenience store on the night of August 24, 2019 when he was confronted by police officers.

(CNN) -- Colorado Attorney General General Phil Weiser is opening a grand jury investigation into the 2019 death of Elijah McClain, a 23-year-old Black massage therapist who was confronted by police while walking home and died days later after being placed in a chokehold, said a statement from Weiser.

"Under the Governor's executive order, the Attorney General's Office continues to conduct an independent investigation concerning the events of August 24, 2019 involving Elijah McClain and his subsequent death," said the statement.

"The grand jury is an investigative tool that has the power to compel testimony from witnesses and require production of documents and other relevant information," the statement said.

"Our investigation will be thorough, guided by the facts and law, and worthy of the public's trust. In order to maintain the impartiality and integrity of the process," according to the statement.

McClain's death attracted renewed attention last summer after the police killings of George Floyd in Minneapolis and Breonna Taylor in Louisville, Kentucky. As protests grew nationwide, demonstrations in the Denver suburb emphasized McClain and his family's monthslong call for justice.

On the night of August 24, 2019, McClain was walking home from a convenience store with an iced tea when he was confronted by three Aurora, Colorado, police officers.

The officers stopped him after a 911 caller reported a suspicious person wearing a ski mask walking along Billings Street in Aurora, according to a police news release. That report says that McClain "resisted contact" with officers before a struggle ensued.

"I'm an introvert," McClain is heard saying in police bodycam footage after officers confront him. "Please respect the boundaries that I am speaking."

"Relax," an officer says at one point, "or I'm going to have to change this situation."

Before an officer wrestles him to the ground, McClain is heard telling the officers he was trying to stop his music so that he could listen to them.

During the struggle, one officer is heard saying, "He just grabbed your gun, dude." One officer tells McClain that he will "bring my dog out and he's going to bite you" if McClain keeps "messing around."

A letter from the Adams County District Attorney said an officer placed McClain in a carotid hold, which restricts blood flow to the brain. McClain briefly lost consciousness, the letter said, but continued struggling after officers released the hold.

The DA's letter said paramedics arrived and administered ketamine, a powerful anesthetic. McClain was taken to a hospital but had a heart attack on the way. He was declared brain dead three days later, on August 27, the letter says.

The report noted McClain's history of asthma and the carotid hold, though the autopsy did not determine whether it contributed to McClain's death. The concentration of ketamine in his system was at a "therapeutic level," the report said.

Ultimately, McClain's death could have been an accident, the result of natural causes or a homicide, the autopsy concluded.

The McClain's family attorney, Mari Newman, has called the autopsy "very strange." She has said it "ignores the most obvious factor, which is a perfectly healthy young man is walking home from the drug store with a bottle of iced tea in a bag and he ends up dead."

Three officers involved were initially placed on administrative leave, but they were later reinstated when prosecutors declined to file criminal charges.

In a November 2019 letter to Aurora's then-police chief, District Attorney Dave Young wrote that his office did not find enough evidence to prove the officers violated Colorado law or that their use of force was unjustified. A police review board said in February that the use of force, including the carotid hold, "was within policy and consistent with training."

Young has stood by his decision not to charge the officers, but has said McClain's death was "tragic and unnecessary" and previously told CNN he does not condone the officers' actions.

"In fact, I disagree with what they did the night of August 24, 2019," he told CNN's Chris Cuomo in June. But he pointed to the autopsy, saying, "I cannot take a case to the jury where I don't know what the cause of death is on a homicide case."

But amid the recent reckoning over race and police brutality, some felt McClain's death deserved a second look, and by June more than two million people had signed an online petition calling for a new investigation.

"Elijah McClain should be alive today, and we owe it to his family to take this step and elevate the pursuit of justice in his name to a statewide concern," Polis said in a statement at the time.