Elephant ivory still being sold on eBay despite 12-year ban 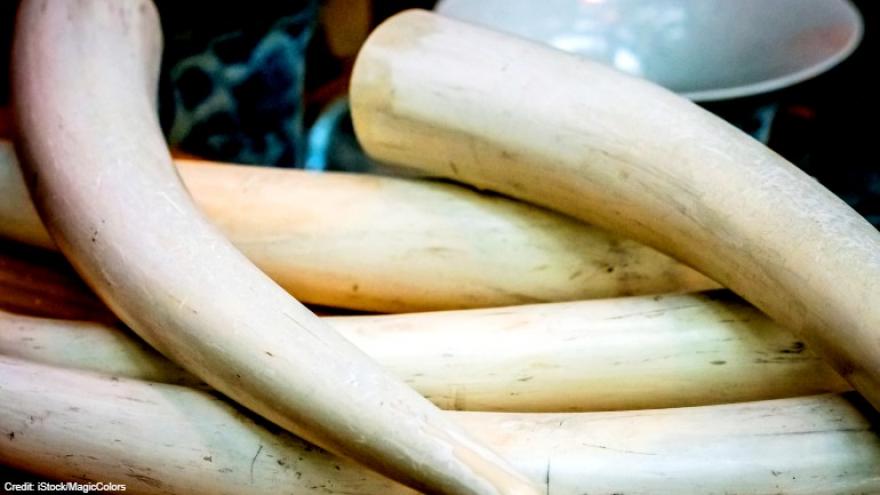 (CNN) -- Elephant ivory is still being sold on eBay despite the online marketplace introducing a ban more than a decade ago, researchers have found.

Sellers are misrepresenting the materials used in certain items and sometimes using "code words" to disguise illicit listings, researchers from the Durrell Institute of Conservation and Ecology at the University of Kent, in England, said in a statement on Monday.

In 2008, eBay announced it was introducing a global ban on the sale of ivory starting on January 1, 2009.

"Despite eBay's strict policy on Animal and Wildlife Products, there is still an ongoing trade in ivory, mostly concealed as other non-restricted materials," said co-author David Roberts in a statement.

He said detecting illegal sales of ivory items can be difficult, as the word "ivory" can be used to describe a color. But "companies like eBay have the resources and data" that could be mobilized to tackle the illegal wildlife trade, Roberts added.

A spokesperson for eBay said the company is a founding member of the Coalition to End Wildlife Trafficking Online and works with the World Wildlife Fund and the International Fund for Animal Welfare.

"We have global teams dedicated to upholding standards on our marketplace, and over a recent two year period we blocked or removed over 265,000 listings prohibited under our animal products policy," said the eBay spokesperson in a statement to CNN Business.

But Roberts told CNN Business that he would like to see independent verification of the listings data, adding that he and other researchers have had limited success in getting illicit listings taken down using eBay's report function.

Roberts and fellow researcher Sofia Venturini found that some descriptions of netsuke — carved objects which are often made of elephant ivory and attached to Japanese kimonos — are misrepresenting the items.

Listings of netsuke which were made of elephant ivory were frequently described as bone, according to researchers, who were able to identify ivory items by checking images of the products for Schreger lines — a unique pattern found on the material.

Only 1.3% to 6.9% of ivory netsuke items had been removed by eBay when researchers checked the listings again after a month, they said. More than 50% had been sold, while half of the unsold examples had been relisted.

"If eBay was effectively enforcing its policy... on ivory, these items would have been removed," researchers said.

Roberts praised sites such as Etsy and Preloved as doing a "fantastic job" limiting sales of items linked to the illegal wildlife trade. "If other companies can do it certainly eBay and the like can also do it," he added.

The researchers' paper has been published in the journal Tropical Conservation Science.