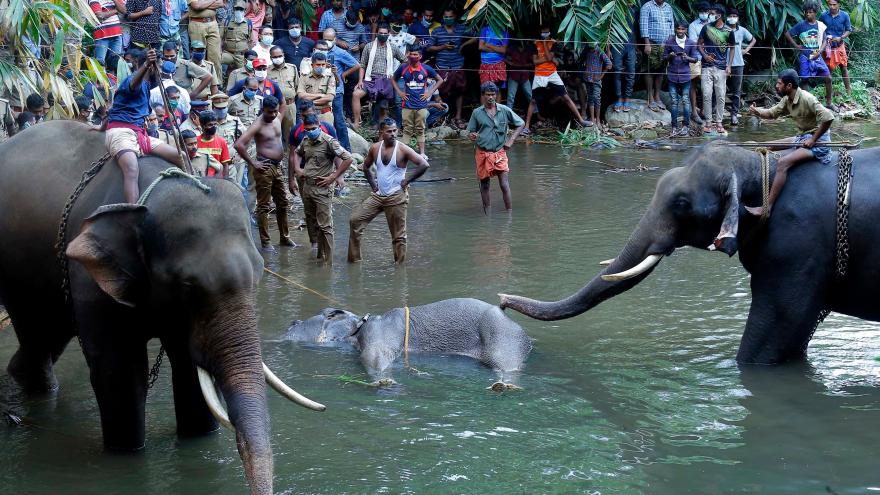 (CNN) -- The death of a pregnant wild elephant, suspected to have been fatally injured after eating fruit stuffed with firecrackers that exploded in her mouth, has stirred public outrage in India as authorities investigate the incident.

The elephant died on May 27 while standing in the middle of a river in the southern state of Kerala, four days after she was found injured, according to Ashique Ali, a local forest officer.

"The postmortem report says that there was an explosion in the mouth. We have not caught any of the culprits. We don't know yet what caused the explosion," Ali said, adding that the animal was found to be one-month pregnant.

He said local villagers sometimes leave pineapples and other sweet fruits filled with firecrackers around their fields to ward off wild boars, which might have caused the explosion in the elephant's mouth. 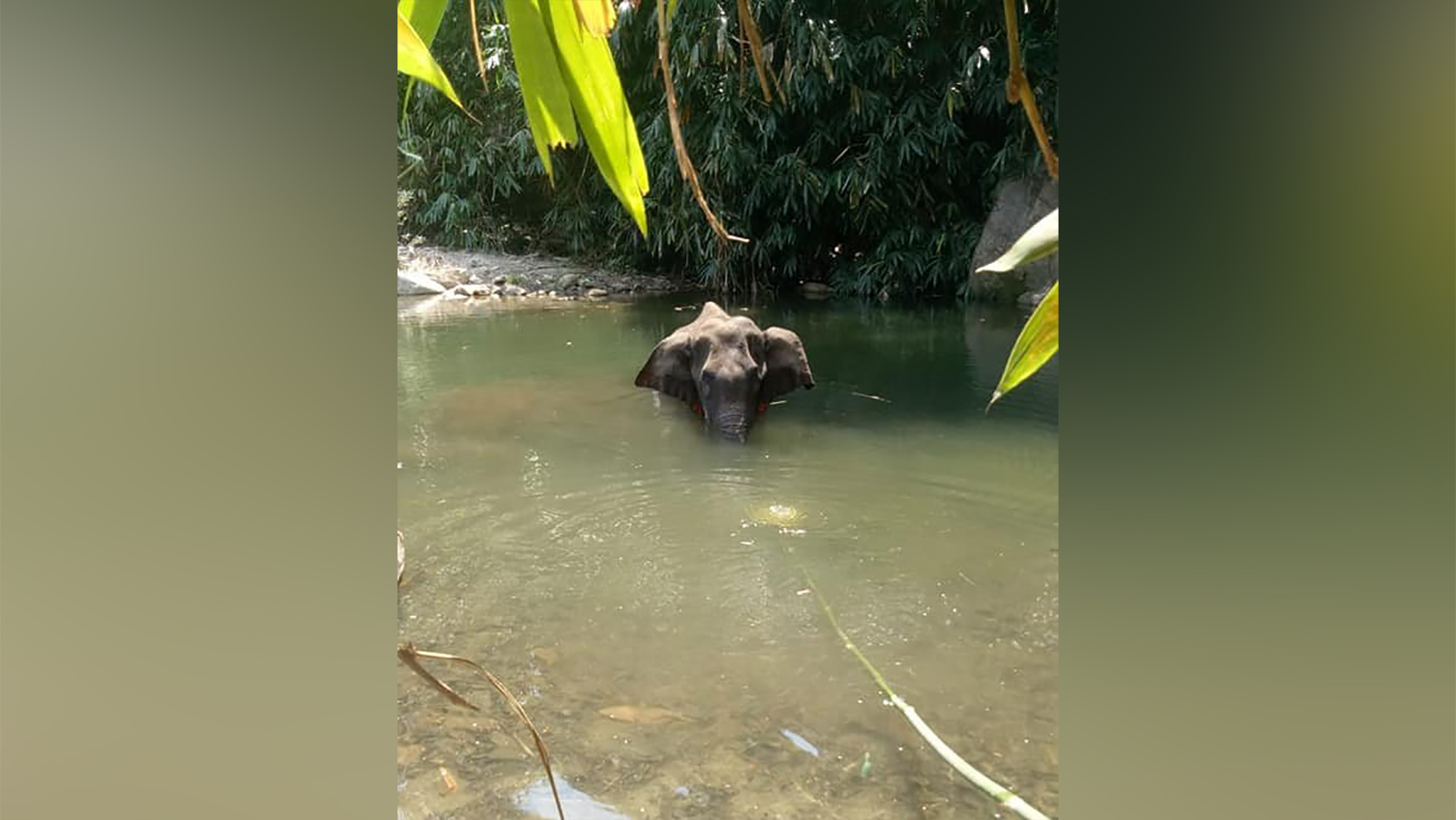 "(The explosion) fractured the bones and caused a lot of damage to the mouth. The animal could not eat and became weak. And then died," he said.

The elephant was found injured on May 23, but she moved away when forest officers and a veterinarian tried to immobilize her for treatment, according to Ali.

She was found again two days later, standing in the river. "In order to give treatment, it has to be immobilized but we could not use a tranquilizer while it is in the water because then the animal can drown," Ali said.

Two other elephants were brought to lead the injured animal out of the water, but she refused to move and remained there until she died, Ali added. 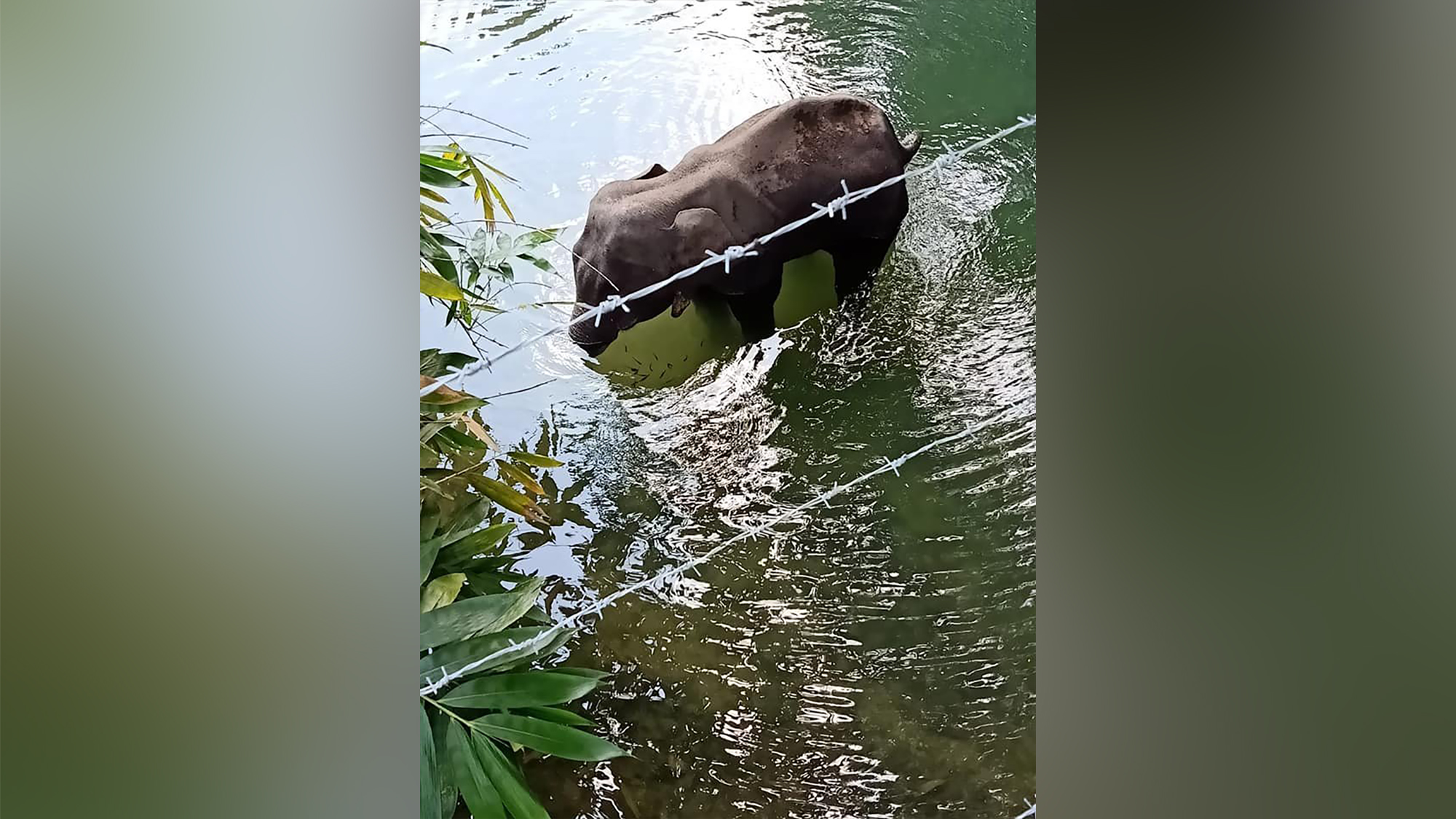 "We will not leave any stone unturned to investigate properly and nab the culprit(s). This is not an Indian culture to feed fire crackers and kill," he said on Twitter.

Conservationists estimate that India has some 27,000 wild elephants, but their habitat is increasingly under pressure as human settlements encroach on nature reserves.