Electronic Arts is still the odd one out in gaming 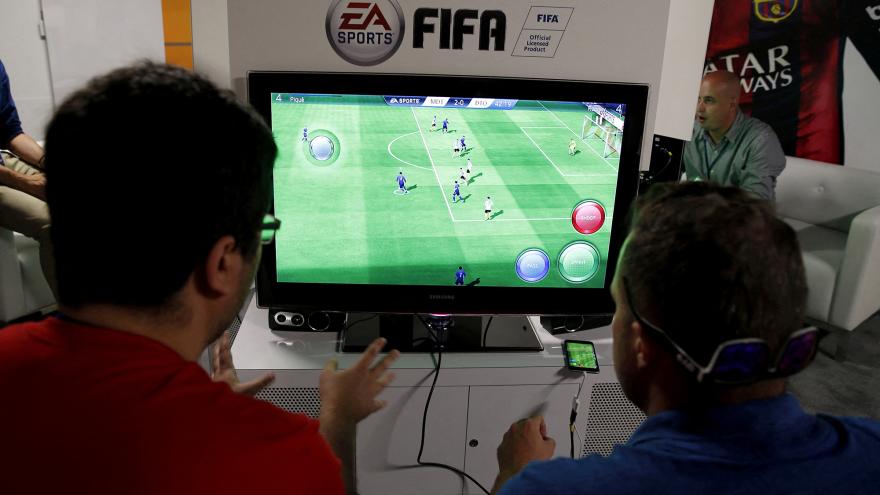 (CNN) -- All things considered, video game leader Electronic Arts is having a pretty decent year despite inflation worries, recession fears and other macroeconomic headwinds. Shares of EA are only down about 2% in 2022, a drop that's not nearly as bad as the rest of the tech sector, which is now in bear market territory.

But there are concerns about EA's future as the gaming industry consolidates.

Will EA be able to remain independent as its peers continue to grow? There's also growing competition from the likes of metaverse mobile gaming company Roblox and Fortnite maker Epic. Even Netflix has thrown its hat into the gaming arena.

EA has a lot of lucrative franchises, such as the long-running Madden NFL games, a popular soccer series (that will soon lose the FIFA branding), Apex Legends and several games tied to the Star Wars universe.

And there has been a lot of chatter about EA being a good takeover target for deep-pocketed tech and media firms such as Apple, Disney, Comcast, or Amazon.

So will EA finally get bought? The company was not immediately available for comment.

But EA has been acquisitive in its own right and could be looking for further deals, particularly ones that could bolster its mobile gaming division. EA made two such acquisitions in 2021, Glu for $2.4 billion and Playdemic (formerly owned by previous CNN parent AT&T) for $1.4 billion.

Analysts at Goldman Sachs estimate that there's about a 15% probability that EA could itself be acquired, "given heightened levels of M&A activity within the video game space," according to a recent report about the broader tech sector. It's a small chance to be sure, but it's bigger than zero.

The analysts came up with a potential takeover valuation of $190 a share, which is "consistent with recent video game transactions." That's nearly 50% above EA's current stock price.

Still, EA has enough quality content to justify going it alone for the foreseeable future.

Wells Fargo analyst Brian Fitzgerald noted in a report after EA's latest earnings came out in May that a "solid pipeline" (more games from EA Sports, plus updates to The Sims, Lord of the Rings and Bioware franchises) as well as "accelerating mobile growth" were positives for the stock.

So EA may not need to sell itself to a larger company to remain competitive in the video game world.

Earnings from Nike and Walgreens on tap

There is a definite lull in "earnings season." Most major companies will report second quarter results in mid-July. But some notable companies, including two Dow components, are on tap to release results this week.

Nike will report its earnings after the closing bell Monday. Shares of the sneaker and athletic apparel giant are down nearly 35% this year.

The company reported solid results in March, but geopolitical worries have weighed on Nike's stock. Analysts are predicting that Nike will post a decline in sales and earnings per share for the quarter. Nike also just announced it's exiting Russia in light of the invasion of Ukraine.

Walgreens will also report results before the market opens on Thursday. Shares are down 20% this year, double the 10% drop for rival CVS but not as bad as the nearly 45% plunge for Rite Aid.

It's been a challenging second year for Walgreens CEO Rosalind Brewer, who took the top job in March 2021.

The veteran executive, who had previous leadership roles at Walmart and Starbucks, is dealing with supply chain disruptions and concerns about a slowdown in the economy and weakening consumer demand — a problem facing all retailers. Wall Street is predicting that revenue and net income will fall from a year ago.