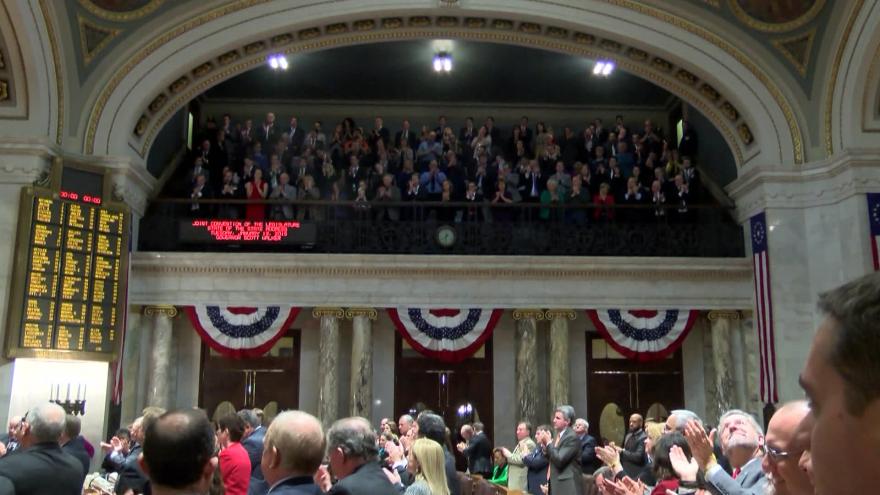 MADISON, Wis. (AP) — The Wisconsin Elections Commission decided Wednesday to again postpone a vote on launching a search for a new leader following Senate Republicans' refusal to confirm Administrator Michael Haas, questioning why anyone would want to work in Madison's hyper-partisan environment.

Haas has served as the commission's administrator since GOP legislators created the panel in 2015 to replace the Government Accountability Board. Republicans dismantled the board after it played a key role in investigating Gov. Scott Walker's campaign activities. Haas led its elections division.

Senate Republicans began calling for his resignation in December, saying they couldn't trust him because he worked for the GAB. The Senate last week voted along party lines to reject his confirmation. The commission, however, refused to recognize the Senate vote and chose to retain Haas through the end of April, creating confusion about whether he legally holds the position as the state's spring primary approaches.

Republican Commissioner Dean Knudson introduced a motion last week to appoint the commission's deputy administrator, Meagan Wolfe, as interim administrator and launch a national search for a permanent administrator. The commission voted 4-2 to table the motion.

Knudson reintroduced the motion Wednesday, renewing the debate between Republican and Democratic commissioners over whether Haas is the legitimate administrator.

Knudson insisted again that the Senate vote means Haas is out and the commission must move forward with a search. He noted that Republican legislators now consider the position vacant, which means they could appoint someone themselves after 45 days.

Commissioner Ann Jacobs, a Democrat, said there's no need to act immediately. She said it's unlikely anyone would apply for the job knowing Senate Republicans could remove them at the slightest provocation.

"I'm less sanguine about the thought of getting some really great candidates here with the threat of the sword of Damocles hanging over their head," Jacobs said, referring to the ancient tale of a sword hanging by a hair over a king's throne.

Commission Chairman Mark Thomsen, a Democrat and one of Haas' staunchest defenders, repeated his arguments that Haas has done nothing wrong and still angered Republicans.

"We have a serious, serious problem here," he said. "Why would anybody respond to a national search if they know tomorrow ... they're just gone because (Republicans) don't like the results of an election?"

The commission ultimately voted 4-2 to table Knudson's motion again, this time until a March 2 meeting.

Republican Senate Majority Leader Scott Fitzgerald said in a statement that the commission's decision to delay hiring a new administrator could force lawmakers to act when the 45-day window for the commission to hire someone closes March 9.

"I urge the commission to reconsider its position and install a new administrator," he said.

Haas told reporters afterward that some state agencies are refusing to recognize him as administrator.

For example, Department of Justice officials have asked to communicate with commission attorney Nate Judnic as they draft explainer language for a crime victim rights constitutional amendment on the April ballot, he said. The Department of Administration officials have stripped him of his authority to approve commission staff time cards, he added. That task has now fallen to Chief Administrative Officer Sharrie Hauge.

Haas hedged when asked if he wants to remain administrator after April 30, saying he would be inclined to stay if the commission so chose but the Senate's stance has left him and other commission staff who worked for the GAB discouraged. Republican Senate Majority Leader Scott Fitzgerald has said GOP lawmakers may try to remove Judnic and state Ethics Commission attorney David Buerger, both former GAB employees.

"That can give you pause as to whether or not your efforts are recognized and respected," he said. "The whole idea of the civil service system, as you know, is to avoid interference with that work because of partisanship. We have other staff here that are trying to focus on their jobs and it's not helpful to have continuing comments that possibly they're going to be targeted next."