Egypt's oldest pyramid reopens to the public after years of restoration 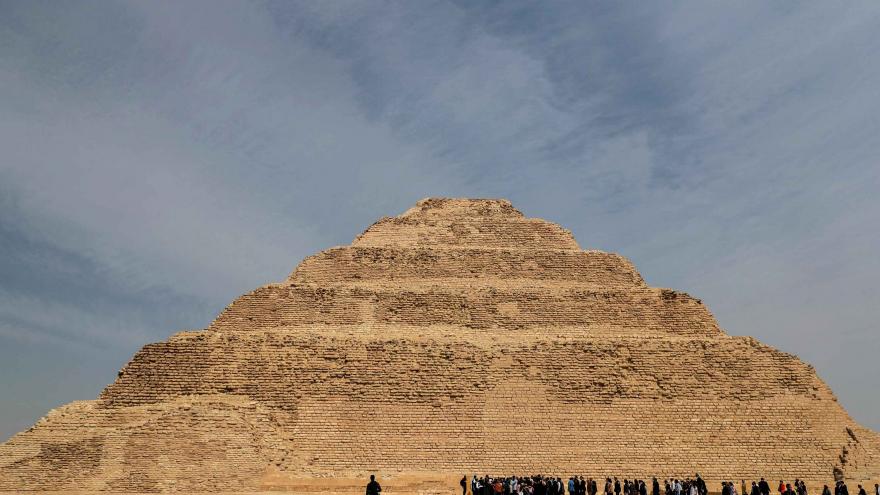 (CNN) -- After years of restoration work, Egypt has reopened its oldest pyramid to the public.

The Djoser pyramid -- which is around 4,700 years old, made solely of stone and built of six stacked terraces -- was opened in a ceremony on Thursday, state news outlet Al-Ahram reported.

The structure, which is 63 meters (207 feet) tall, is the world's oldest monumental stone building, according to Al-Ahram.

It was built in the Saqqara funeral complex, outside the royal capital of Memphis -- a UNESCO World Heritage Site south of modern Cairo.

A complex of halls and courts surrounds the pyramid, which was constructed under the rule of king Djoser, (c. 2650--2575 BCE), the second king of the third dynasty of ancient Egypt.

Djoser's chief minister, Imhotep -- a sage, vizier and astrologer -- is widely considered to have been the architect of the structure.

Renovations on the pyramid began in 2006 but were interrupted in 2011 and 2012 after Egypt's popular uprising and the toppling of President Hosni Mubark, before resuming in 2013, the Reuters news agency reported.

As part of the restoration of the ancient site, collapsed ceiling blocks were restored, along with a burial chamber and corridors, according to Al-Ahram.

A new lighting system and disabled access were installed as part of the restoration, the state news agency reported.