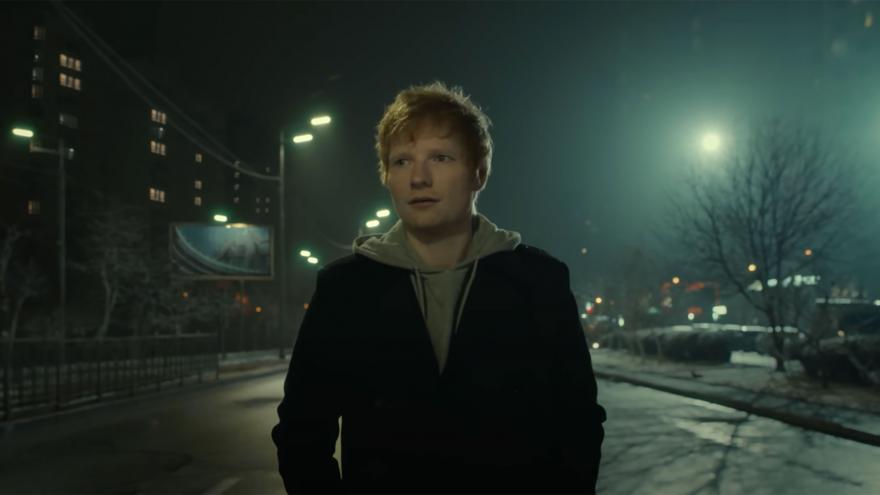 The singer-songwriter released the video for his track 2step, featuring rapper Lil Baby, Friday morning on his official YouTube channel.

Before the song begins, a written message from the star appears on the screen in black and white.

In it, the 31-year-old Grammy winner explains he filmed the video in Kyiv before "the devastating acts of violence started."

"It was my first time visiting the country and I felt so welcomed..." he said.

"Ukraine is a proud and resilient country and I'm grateful to have had the chance to film my video there.

"I stand with Ukraine, and will be donating my record royalties from YouTube streams of the video to the DEC's [The Disasters Emergency Committee] Ukraine Humanitarian Appeal," the singer added.

The track 2step is the latest from Sheeran's album "=" (pronounced "equals"), which he released in 2021.