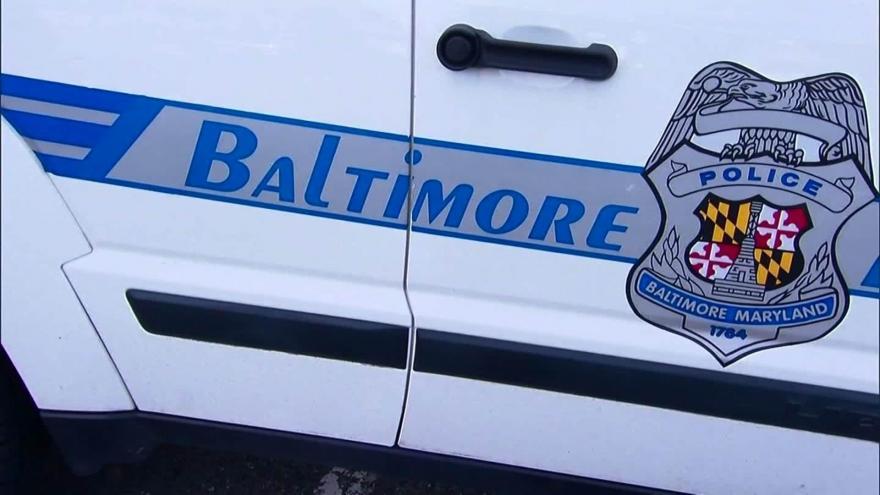 Baltimore police responded to a call about a shooting at a drug treatment center.

(CNN) -- Two people were killed and a police officer was wounded in a Monday morning shooting at a methadone clinic in Baltimore, city Police Commissioner Michael Harrison said.

Police responded at 7 a.m. to a call about a man armed with a gun at the Man Alive treatment center on the 2100 block of Maryland Ave, Harrison said at a morning press conference.

People standing outside the clinic informed arriving officers that a man inside had recently fired shots. Treating the incident as an active shooter scenario, officers entered the facility and attempted to de-escalate the situation a number of times, Harrison said.

The suspect, who was not named, began to fire at the police officers, who then returned his fire, Harrison said.

Shiflett, a 25-year-veteran of the police force, is currently being treated for a gunshot wound to the abdomen at University of Maryland's Shock Trauma Center.

The suspect was shot and transported to Shock Trauma Center and subsequently died from his injuries, according to Harrison.

After securing the crime scene, police found another man with gunshot wounds in an inner room at the clinic. He was rushed to the hospital, where he also died from injuries, Harrison said. He has not been identified yet.

An employee of the clinic was injured but her injuries were not believed to be life-threatening, said Harrison.

About three hours after the shooting, the Baltimore Police Department tweeted that Shiflett is in "stable condition at the hospital. We would like to thank the community for your thoughts and prayers."

Pippy Scott told CNN affiliate WBAL that a man came into the clinic and demanded a large container of methadone.

"All of a sudden we heard this 'bang' noise. I didn't know if it was a gun or something hitting metal ... Come to find out, it was a gun," Scott said. "He had the woman by the head and had the gun at her head. She was a nurse."

Harrison said the police "recovered what we believe to be the suspect's gun on the scene." The commissioner added that preliminary investigation suggests the suspect went into the clinic to get methadone.

Harrison praised Officer Christopher Miller, 32, a three-year veteran, whom he said put his life in danger when he pulled Shiflett, his supervisor, to safety after Shiflett was shot.

"This was a dangerous situation that could have been far worse for our officers but they showed extreme courage, extreme bravery and extreme professionalism, all of which was captured on body cam video," said Harrison, who added the he had reviewed the body cam video.

Man Alive, an accredited opioid adult treatment center, is the self-described "very first methadone maintenance clinic" in the state and "the second in the entire nation." Man Alive, which has been in business for over 50 years, did not respond to CNN's request for comment.

Maryland's Governor Larry Hogan referred to the incident as "a senseless act of violence."

Baltimore Police Department's Public Integrity Bureau, assisted by the Federal Bureau of Investigation and the Bureau of Alcohol, Tobacco, Firearms and Explosives, is investigating the officer-involved shooting, Harrison said.