Dunkin' will give out free donuts every Friday this month 🍩 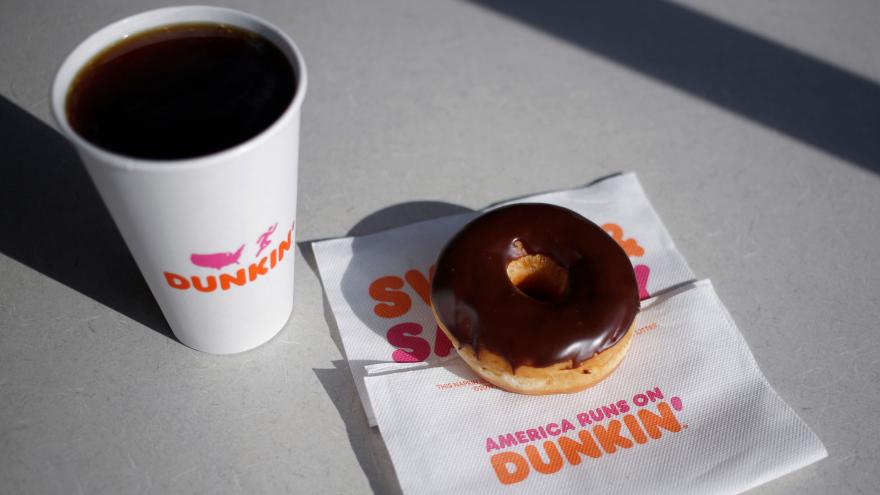 (CNN) -- What's a better counterattack against the savory breakfast items sold by Wendy's and McDonald's? Dunkin' thinks it's something sweet.

Dunkin' is giving away a free classic donut with a purchase of any drink every Friday in March, signaling the latest escalation among fast food rivals for the breakfast battle. Customers have to order through the Dunkin' app or with a linked credit or debit card to access the deal, which is only available in the United States.

Dunkin's rewards program, DD Perks, gives customers points for purchases that can be redeemed for free drinks. It's a focal point for the company this year, which is looking to grow the program because it drives loyalty and return customers.

DD Perks grew its membership base 38% last year to 13.6 million members, the company revealed in its most earnings call last month. Around 13% of sales were completed in the app. But that pales in comparison to its closest rival, Starbucks, which has 19 million members and gets around 40% of its sales through its app.

Dunkin' Vice President Stephanie Lilak said in the earnings call the brand will is going to be "very aggressive" in growing the membership with new promotions, like Free Donut Friday. It also frequently offers point bonuses on its breakfast items, like its Beyond Sausage Sandwich, to entice people to order through the app.

In addition to plant-based meat alternative sandwiches, Dunkin' has recently bolstered its breakfast offerings with Go2 breakfast deals, egg-based bowls and even a bag of bacon.

Breakfast is an important fast food restaurants because it's one of the few growing segments for the industry, according to food industry group NDP.