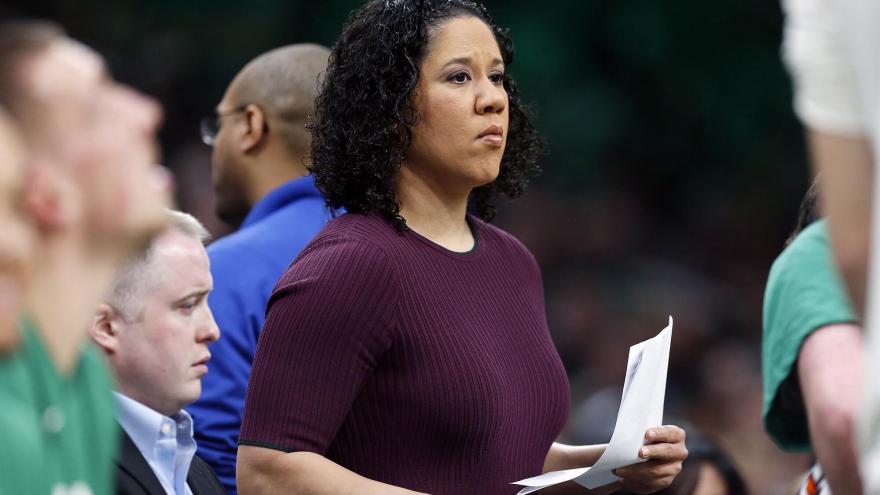 This was Kara Lawson's first season as head coach at Duke. The Blue Devils went 3-1 before deciding not to play the rest of the season.

(CNN) -- Duke University's women's basketball team will not play the remainder of the 2020-2021 season, citing health and safety concerns stemming from Covid-19, the school announced Friday.

"The student-athletes on the Duke women's basketball team have made the difficult decision to conclude their current season due to safety concerns," Michael Schoenfeld, chief communications officer for Duke University, said in a press release.

"We support their decision, as we have supported the choices made by all student-athletes at Duke during this unprecedented time. Duke will maintain our current schedule of competition in other sports and will continue to observe our rigorous health and safety protocols, which include daily testing for all student-athletes and are based on guidance from leading medical experts."

Duke announced December 16 that it was pausing team-related activities for the women's basketball program due to two positive Covid-19 tests and contact tracing among the individuals within the travel party.

Duke's last three games had been postponed, including contests against Miami (scheduled for December 13), North Carolina State (December 20) and UNC Wilmington (December 22). The remainder of its schedule was Atlantic Coast Conference play.

Duke finished the season with a 3-1 record, with Kara Lawson in her first season as the Blue Devils' head coach. Lawson recently became the first NCAA Division I Power Five head coach to win her first three games by 25 or more points.