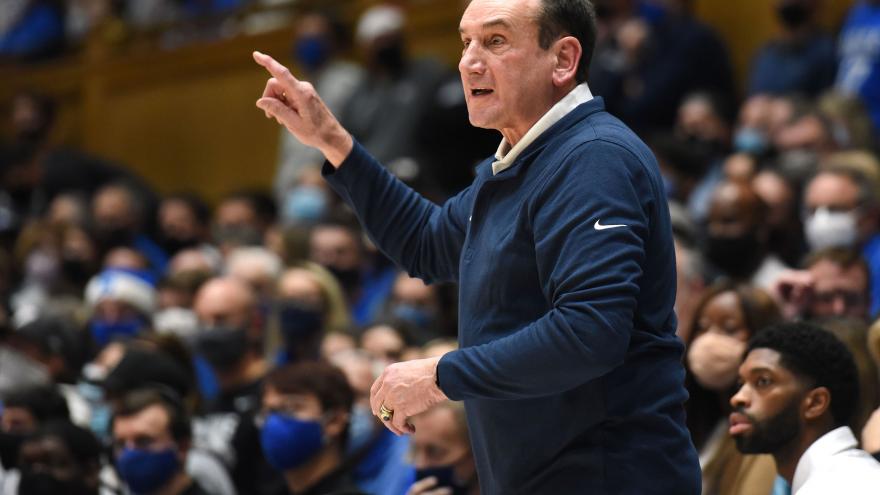 The Duke Blue Devils are scheduled to play against their rival, the North Carolina Tar Heels, at Cameron Indoor Stadium in Durham at 6 p.m. ET on ESPN.

If the Tar Heels win Saturday's game against the Devils, it would almost guarantee the team an at-large bid in the NCAA Tournament after losing against the Pittsburgh Panthers last month, according to CNN affiliate WTVD.

Krzyzewski held a news conference Thursday, telling reporters he has "tried not to think about it that much but I know it will be emotional."

"By being in one place and having a good level of success throughout, you're able to form a lot of friendships," he said.

Krzyzewski said he will have "nothing to do with our basketball program" after his retirement, but he and his wife will stay on as ambassadors for the university.

"It was mine for 42 years, but it's Duke's forever. Whatever I can do to help Duke and Duke athletics, I will do," he said.

While at Duke, Krzyzewski developed some of the biggest stars in the NBA, including Kyrie Irving, Jayson Tatum, Zion Williamson and Brandon Ingram.

Krzyzewski started coaching while he was in the Army, starting in 1969, according to Duke. He left the military as a captain in 1974.

From there, he was head coach at the US Military Academy Prep School at Fort Belvoir, Virginia, for two years before landing a graduate assistant coaching position at Indiana University, the release said. He did that for another year before returning to his alma mater, West Point, in 1975 as a head coach.

Krzyzewski took the reins as Duke head coach in 1980, according to the university.

In announcing his retirement last year, Krzyzewski said in a statement that he and his family viewed the decision as a celebration. He is also "thankful and honored" to have led two college programs -- West Point and Duke -- along with the United States National Team as head basketball coach, he said.