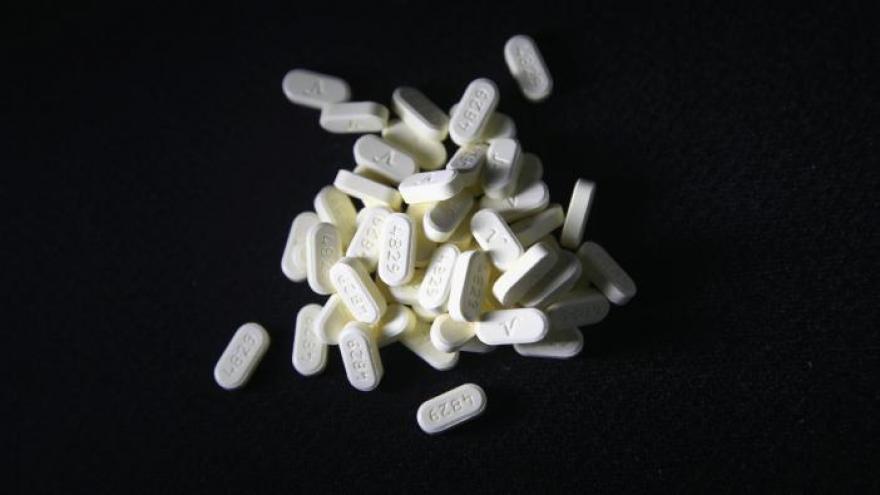 In 20 years, drug manufacturers, distributors, pharmacies and practitioners acted as street drug couriers and shipped "hundreds of millions" of suspicious opioid doses into two Ohio counties, according to a motion filed in the US District Court in the Northern District of Ohio.

(CNN) -- Drug manufacturers, distributors, pharmacies and practitioners acted as street couriers and shipped "hundreds of millions" of suspicious opioid doses over 20 years to two Ohio counties, according to a motion filed in federal court for the Northern District of Ohio.

The motion filed Friday by attorneys for Summit and Cuyahoga counties paint a picture of drug companies driven by greed in part for their failure to report suspicious shipments of prescription painkillers that helped fuel the opioid epidemic.

Companies certified to manufacture and distribute the drugs are required by the Controlled Substances Act (CSA) to monitor for "suspicious" orders, defined by the Drug Enforcement Agency (DEA) as those of unusual size, frequency or pattern. The manufacturers and distributors are required to report those orders, unless it's been determined the drugs are not likely to be "diverted into illegal channels."

For some defendants "these 'suspicious order' shipments represented as much as 80% of the total opioid transactions and as much as 92% of the dosage units shipped" to Summit and Cuyahoga counties, court documents said.

Last week, a database charting the course of opioid pills across the country was released, shedding new light on the scope of the drug industry's alleged role in the opioid crisis.

Those numbers offer the fullest picture to date of the massive scope of prescription drug manufacturing and sales that experts say drove the country to its present-day struggle with opioid addiction.

To catch suspicious orders, companies are required to design a "Suspicious Order Monitoring" system, which the more than 400 defendants in this case failed to create, the attorneys allege in the court documents.

The defendants are also charged with "turning a blind eye" to suspicious pharmaceutical orders that allowed the two counties to be flooded with opioids, as they didn't report suspicious orders to the DEA and shipped orders that were or should have been flagged as suspicious.

"Their failure to identify suspicious orders was their business model: they turned a blind eye and called themselves mere "deliverymen" with no responsibility for what they delivered or to whom. Just like any street drug courier," the motion said.

And each company was well aware of their duties under the CSA, as they were reminded by the DEA and had internal documents that showed awareness, court documents said.

The court filing cites emails between company members that suggest they knew about the massive drug orders and the harm they were causing, and that they were aware their monitoring systems were inadequate.

In a January 2009 email, Borelli's contact at the distributor, Steve Cochrane, wrote to him: "Keep 'em comin'! Flyin' out of here. It's like people are addicted to these things or something. Oh, wait, people are..."

Mallinckrodt shipped more than 53 million orders of opioid products between 2003 and 2011 and marked 38,000 orders as potentially suspicious but only stopped and reported 33, the filing alleges.

In another email exchange, Borelli described his job as "ship, ship, ship," the filing says.

A 2008 email from Borelli to Cochrane said in regards to the distributor's inventory, "[i]f you are low, order more. If you are okay, order a little more. Capesce?" In the email, he also joked that Cochrane should "destroy this email... Is that really possible? Oh Well..."

CNN has reached out to Victor Borelli, Steve Cochrane and Mallinckrodt Pharmaceuticals for comment but has not heard back. Clifford F. Kinney, Jr., an attorney for Key Source Medical, declined to comment on the allegations "due to ongoing litigation."