Drone attack targets US troops at US base in Syria, initial assessment suggests no US injuries 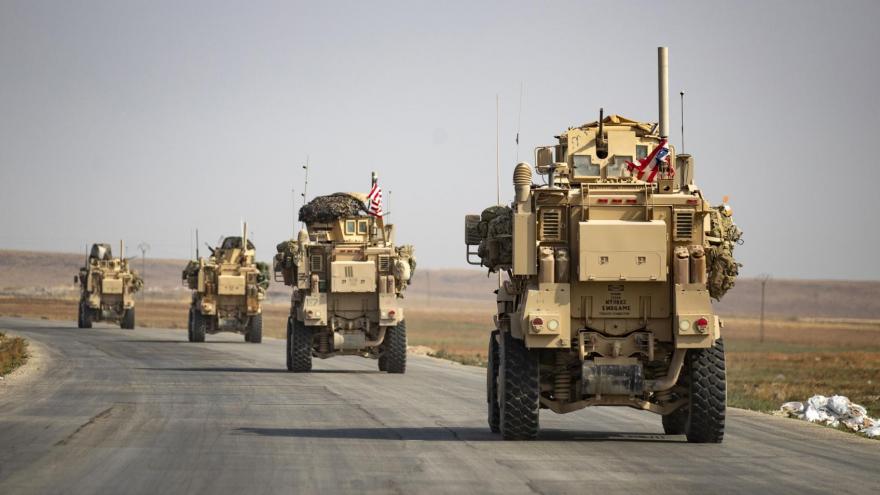 A drone attack targeted US troops at the US base at At-Tanf in Syria, close to the border with Jordan, on Wednesday, according to a US defense official.

(CNN) -- A "deliberate and coordinated" attack utilizing drones and indirect fire targeted US troops at the US base at At-Tanf in Syria, close to the border with Jordan, on Wednesday, according to US Central Command, which oversees operations in the Middle East.

"We maintain the inherent right of self-defense and will respond at a time and place of our choosing," Capt. Bill Urban, spokesman for Central Command, said in a statement.

The base sits within a 20-square-mile deconfliction zone near the Syrian border with Jordan, which was established by Russia and the US-led coalition to prevent the two sides from coming into accidental contact. The area has seen heavy fighting in recent years between US forces and ISIS, which has held a foothold in the area.

There was no immediate claim of responsibility for the attack. However, Iranian-backed Shia militias in the region, have frequently targeted US troops in Syria and Iraq.

In late-June, during a period of increased tension between the US and Iran, rockets landed at a US base in eastern Syria, with US officials quickly blaming Iranian-backed Shia militias. The rocket attack came one day after the US military struck facilities used by the militias. The US conducted the airstrikes against two operational and weapons storage facilities in Syria and Iraq because of an increase in the number of rocket attacks on US troops and bases in Iraq.

The US military's first known action under President Joe Biden came in February when it struck a site in Syria used by two Iranian-backed militia groups in response to rocket attacks on American forces in the region. Those strikes generated concern among lawmakers, who said Biden had not asked for the necessary congressional authorization. The White House had said the strikes were backed by Article II of the Constitution as well as the United Nations charter.

In late-September, the US conducted an airstrike targeting a senior al Qaeda leader in the northwestern city of Idlib in Syria.