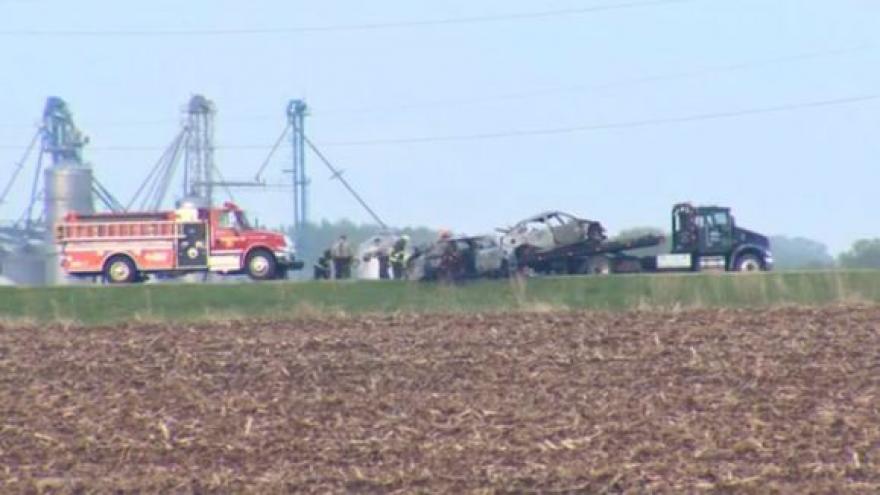 Authorities say a westbound vehicle crossed the center line on Highway 12 west of Cambridge shortly before 4 a.m. Tuesday and struck an eastbound vehicle head on. Both vehicles became engulfed in flames while the drivers were trapped inside.

Traffic on Highway 12 was detoured onto Highway 134 while deputies and state troopers investigated the crash.