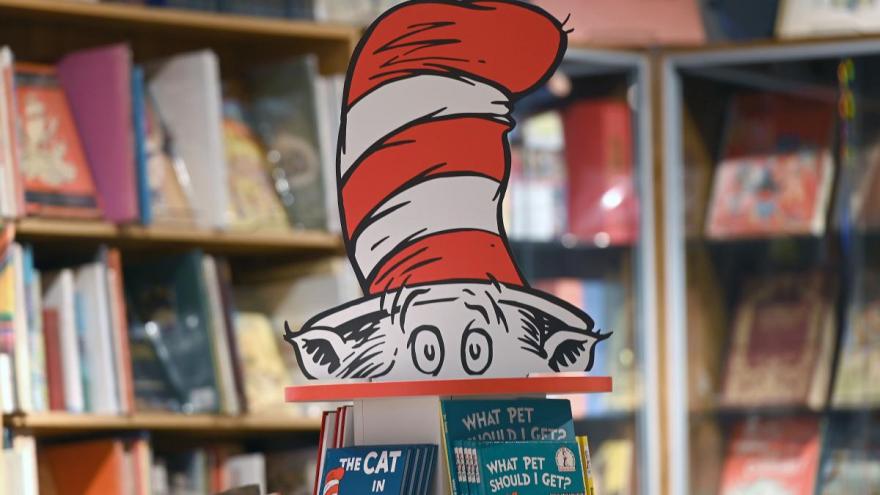 Dr. Seuss books have soared to the top of Amazon's bestseller list, occupying nine out of the marketplace's top 10 books.

(CNN) -- Oh, the places Dr. Seuss books will go after they ignite controversy.

This week, Dr. Seuss Enterprises announced that six books penned by the children's author will no longer be published because of the "hurtful and wrong" ways characters of color are portrayed.

Now, Dr. Seuss books have soared to the top of Amazon's bestseller list, occupying nine out of the marketplace's top 10 books.

None of the discontinued books feature on Amazon's list. So, where did they go?

First, into the hands of fans

The six books -- "And to Think That I Saw It on Mulberry Street," "If I Ran the Zoo," "McElligot's Pool," "On Beyond Zebra!," "Scrambled Eggs Super!," and "The Cat's Quizzer" -- quickly sold out from booksellers like Amazon and Barnes & Noble.

While Dr. Seuss Enterprises has not announced the discontinuation of any other books, fans and collectors seem to be stocking up just in case.

And it's not costing them much. "Green Eggs and Ham," for example, sells for just under $5 on Amazon.

Then, to the corners of the Internet

The discontinued books are not quite anomalies in Dr. Seuss' career.

Ever since his days at Dartmouth College, he had been producing racist and anti-Semitic work. Drawing Black boxers as gorillas and leaning into harmful Jewish stereotypes, Dr. Seuss' history of harm is longer than some may think.

In a 2019 study, researchers found that from 50 books, nearly all characters of color had Orientalist characteristics -- that is, offensive depictions of Asia and Asian characters.

Dr. Seuss Enterprises wrote in a statement that it worked with a panel of experts, including educators, to review the author's titles and decide on discontinuation.

"Ceasing sales of these books is only part of our commitment and our broader plan to ensure Dr. Seuss Enterprises's catalog represents and supports all communities and families," the business wrote.