Dr. Oz announces bid for US Senate seat in Pennsylvania 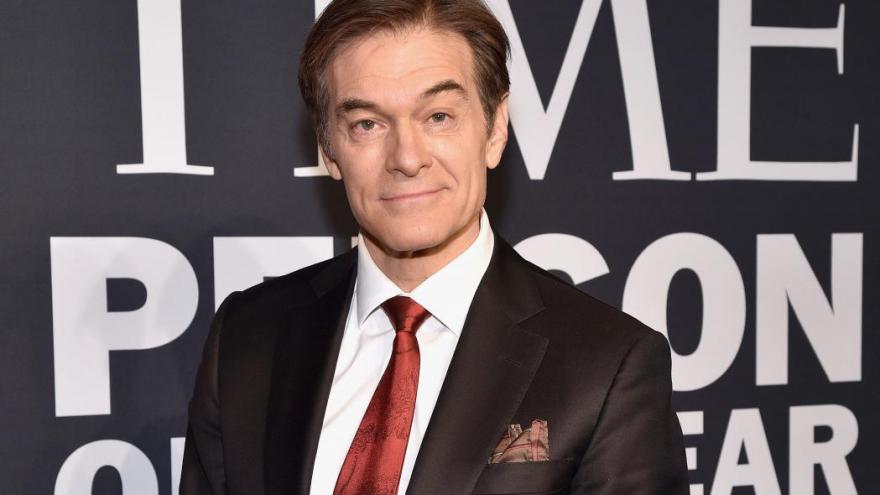 Dr. Mehmet Oz, a cardiothoracic surgeon and television personality, is running for the US Senate in Pennsylvania as a Republican, according to an op-ed published November 30 in the conservative Washington Examiner.

(CNN) -- Dr. Mehmet Oz, a cardiothoracic surgeon and television personality, is running for the US Senate in Pennsylvania as a Republican, according to an op-ed published Tuesday in the conservative Washington Examiner.

"During the pandemic, I learned that when you mix politics and medicine, you get politics instead of solutions. That's why I am running for the U.S. Senate: to help fix the problems and to help us heal," Oz wrote.

The 61-year-old Oz will join a Republican primary field that already includes Philadelphia-area businessman (and 2018 lieutenant governor nominee) Jeff Bartos and Carla Sands, who served as US ambassador to Denmark in the Trump administration. Another potential Republican candidate is David McCormick, a former official in the Treasury Department under President George W. Bush.

The race in Pennsylvania to succeed retiring Republican Sen. Pat Toomey has been shaken up in recent weeks, primarily by the departure of GOP candidate Sean Parnell, who was endorsed by former President Donald Trump.

"Pennsylvania needs a conservative who will put America first," Oz said in a 60-second video on his campaign website.

Oz is an Ohio native who attended medical school at the University of Pennsylvania. He rose to fame as a frequent guest of Oprah Winfrey, eventually launching his own syndicated daytime TV talk show in 2009.

Representatives for Oz did not return CNN's request for comment.

Oz's interest in the Senate race was first reported earlier this year in the Washington Free Beacon and Politico. Oz said in a 2007 interview that he would "consider" running for office someday, calling himself a "moderate Republican."

He also has connections to Trump. In 2018, Trump appointed Oz to the Presidential Council on Sports, Fitness and Nutrition, reappointing him to the position in 2020.

In his campaign video, Oz criticized the federal response to Covid-19, saying that "Washington got it wrong."

"They took away our freedom without making us safer," he said.