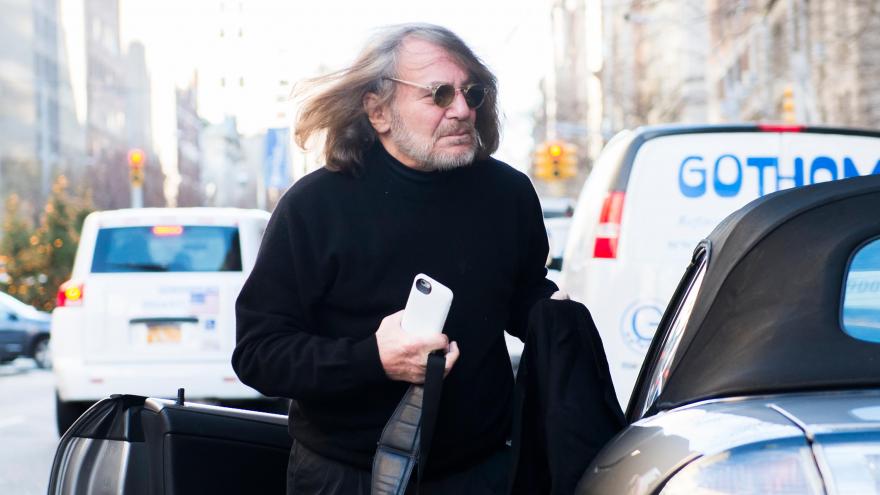 Bornstein's death was announced on Thursday in a paid notice in The New York Times. The notice did not give a cause or say where he died, but said he passed away last Friday.

"A devoted husband and loving father, Dr. Bornstein is survived by his wife, Melissa (Brown), his daughter, Alix, and sons, Robyn Bornstein M.D., Joseph Bornstein M.D., Jeremee, and Jackson," the obituary reads. "Due to the ongoing pandemic, there will be a private service for family and friends."

Bornstein had served as Trump's physician for more than three decades, a position that thrust him into the national spotlight during and after the 2016 campaign, including when he claimed to CNN in 2018 that Trump dictated the doctor's glowing 2015 letter about the then-candidate's health.

"His physical strength and stamina are extraordinary," read Bornstein's letter, which was released by Trump's campaign in December 2015. "If elected, Mr. Trump, I can state unequivocally, will be the healthiest individual ever elected to the presidency." Experts had told CNN that such a dictation, if it happened, would be "completely unprofessional" and grounds for the state medical board to investigate and possibly discipline the doctor.

Bornstein also claimed in 2018 that three representatives to the President essentially forced him to surrender Trump's medical records to them in February 2017 in what he described as a raid on his New York office, an allegation that was disputed by both the White House and a separate source familiar with the handover of Trump's medical records.

Bornstein was let go as Trump's physician after he aggravated the President when he admitted to The New York Times in 2017 that he'd prescribed Propecia to help with hair loss.

"I couldn't believe anybody was making a big deal out of a drug to grow his hair that seemed to be so important. And it certainly was not a breach of medical trust to tell somebody they take Propecia to grow their hair. What's the matter with that?" Bornstein told NBC News in 2018.