Don't panic if you got a scary IRS notice 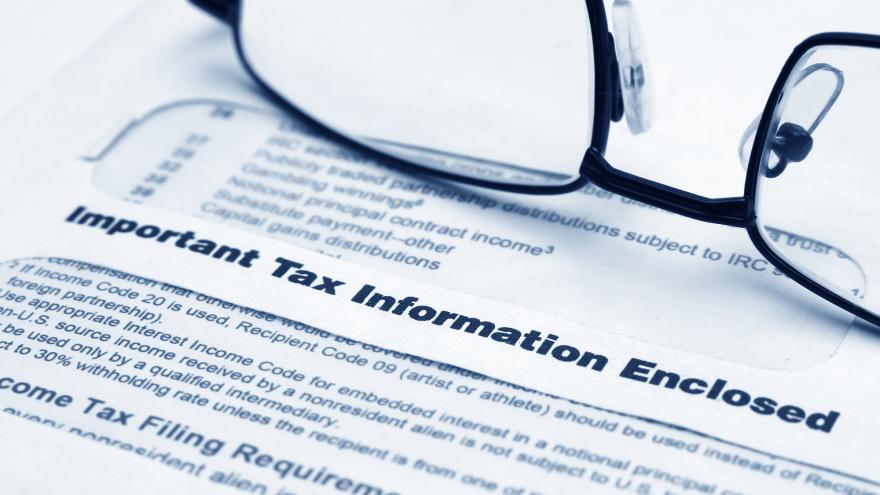 (CNN) -- Imagine having filed and paid your taxes last year, then months later you get a letter in the mail from the IRS saying you didn't.

That's what's happening to many taxpayers this year thanks to automated notices being sent by the IRS.

But if you got one, don't panic. There's a fair chance the IRS simply hasn't seen what you already sent in. That's because it's dealing with a mountain of returns and correspondence that has built up over the past two years. During that time, the agency was called on to deliver several rounds of economic impact payments and other financial Covid-19 relief, while trying to protect its own workforce from Covid.

The good news is thatyou're not likely to get another notice for awhile.The IRS announced this week that it will temporarily suspend issuing more than a dozen different types of automated notices indicating balances due, unfiled returns and other deficiencies so that it can work through its pandemic-induced backlog. [Here is the list of notices being suspended.]

Automatic notices typically require you to respond -- for example, by filing a return, making a payment, providing requested information or explaining why the notice is inaccurate.

But the IRS is too busy at the moment torespond in a reasonable amount of time.

Last year, the agency took an average of 199 days to process 6.2 million responses from filers to IRS-proposed adjustments on their returns, according to the National Taxpayer Advocate.

Tax preparer and enrolled agent Donna Byrne herself got a notice asserting she didn't pay enough payroll tax on behalf of an employee in 2019, even thoughshe did, she said. "It drives you nuts, because you know you did stuff."

And trying to reach an IRS representative by phone to address a matter can feel futile: The agency has been getting 1,500 calls per second, according to a recent IRS letter to lawmakers.

This week's announcement is a good first step but more still needs to be done, according to the American Institute of CPAs. The AICPAis part of a coalition of tax professional associations that has been urging the IRS to implement four short-term recommendations to provide relief for tax filers this year, of which notice suspension is one.

"We are encouraged by recent actions taken by the IRS to suspend more automated notices and pleased to know that the IRS is listening and acting. Taxpayers, practitioners and IRS will benefit from reducing unnecessary contact, such as erroneous notices or warnings of levy, and provide much-needed relief during an already stressful and overwhelming tax season," the AICPA said in a statement Thursday.

What to do if you already got an automated notice

The IRS did not provide an estimate of how many tax filers may have already received the automated notices in the past few months. But it did note that some notices may still be on their way to tax filers and may be received over the next few weeks.

If you already have received a notice or soon get one,"Generally, there is no need to call or respond to the notice as the IRS continues to process prior year tax returns as quickly as possible," the agency said in a statement. That is, unless you or your tax preparer think the information in the notice is accurate. In that case, the IRS said, "act to rectify the situation for the well-being of the taxpayer."

But Edward Karl, AICPA's vice president of taxation, recommends you respond in either case. The lettershould indicate where to send your response.

Otherwise, he said, "you could continue to get additional notices when they turn the [automatic notification] machine back on. And you want to make sure you try to stop it as soon as possible."

Here's why, Karl said: At some point, if the assertion is you owe more in tax and penalties and IRS records show you haven't responded at all, it could escalate to the point where the agency can garnish money from your wages or bank account.