Don't expect full sports stadiums until at least the end of the summer, Dr. Fauci says 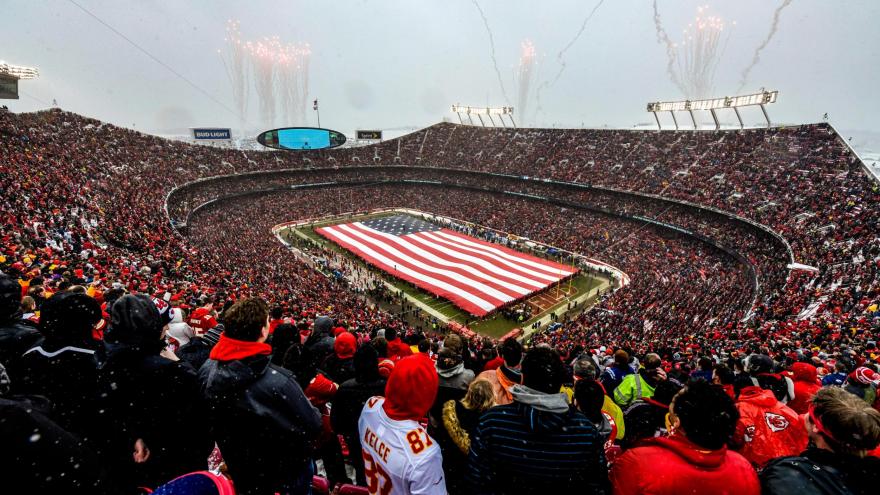 (CNN) -- Sports stadiums without restrictions on how many fans can attend will be one of "the last things that you're gonna see" in the pandemic, Dr. Anthony Fauci told Yahoo Sports on Monday.

"We're gonna be vaccinating the highest priority people [from] the end of December through January, February, March," said Fauci, the director of the National Institute of Allergy and Infectious Diseases. "By the time you get to the general public, the people who'll be going to the basketball games, who don't have any underlying conditions, that's gonna be starting the end of April, May, June.

Fauci's comments come as the US is nearing the approval of two vaccines that early data suggests are both safe and highly effective in preventing symptomatic infections. Vaccine advisers to the US Centers for Disease Control and Prevention on Tuesday recommended that both health care workers and residents of long-term care facilities be first in line for any coronavirus vaccines, and other groups of people will follow in the coming months.

At the same time, the country has seen a devastating increase in new Covid-19 infections, hospitalizations and deaths. The ongoing pandemic has led local officials to issue sharp limits on large non-essential gatherings such as fan attendance at sports events.

Fauci said he thinks the possibility of full NBA arenas in July, when the NBA Finals is scheduled, will be "cutting it close." When asked about full NFL stadiums in September, he said it's "possible."

In the interview, Fauci also said that just having an effective vaccine won't end the pandemic because the vaccine will have to be widely utilized before things get back to normal.

"We could get there by the end of the summer, and as we get into the fall of next year," Fauci continued. But "if 50% of the people say, 'You know, I don't want to get vaccinated,' then it's gonna take considerably longer than that."

In the Yahoo interview, Fauci pegged the percentage of the population that need to be vaccinated at "somewhere between 75 and 85 percent," to return to normalcy.