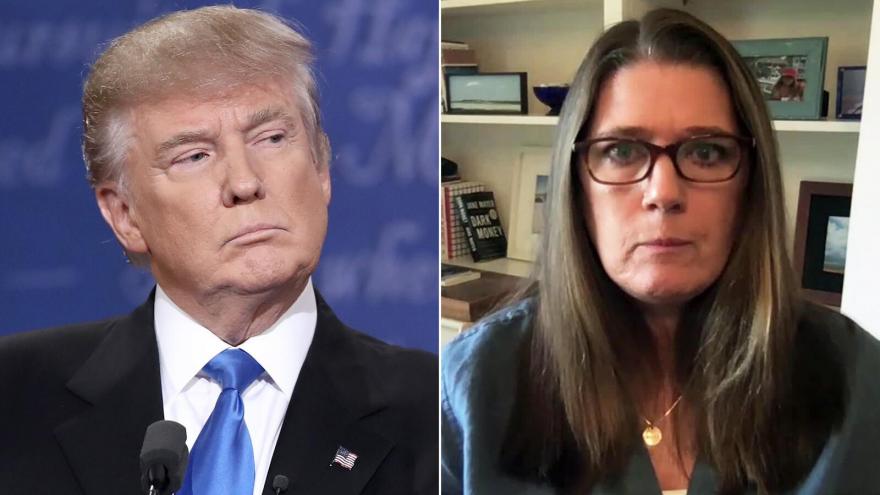 Trump's lawsuit -- which is seeking "damages in an amount to be determined at trial, but believed to be no less than One Hundred Million Dollars" -- alleges that Mary Trump's disclosure of the tax information to the Times amounted to an illegal breach of contract, among other claims, because the disclosure allegedly violated a 2001 settlement agreement among the Trump family.

The former president's lawsuit also accuses the Times' journalists of "tortious interference" with the settlement agreement, among other claims, in how they "relentlessly sought out Mary Trump and intentionally procured her breach of the Settlement Agreement." The Times' Susanne Craig, David Barstow and Russ Buettner are named as defendants.

"The actions of Mary Trump and The Times Defendant were motivated, at least in part, by their actual malice towards Plaintiff," the lawsuit alleges. It claims that the Times journalists "unjustly reaped significant personal, professional and/or business-related benefit(s), including, but not limited to, monetary gain, fame, acclaim, notoriety, inflated market valuation, increased revenue, and/or career advancement."

The lawsuit, which was filed in Duchess County, was first reported by The Daily Beast.

In a statement, a spokesperson for the Times said the newspaper's "coverage of Donald Trump's taxes helped inform citizens through meticulous reporting on a subject of overriding public interest. This lawsuit is an attempt to silence independent news organizations and we plan to vigorously defend against it."

The three reporters won a Pulitzer Prize for their 18-month investigation of Trump's finances that "debunked his claims of self-made wealth and revealed a business empire riddled with tax dodges," according to the journalism award's website.

At the time, Donald Trump dismissed the report as a "very old, boring and often told hit piece," though he did not directly dispute any of its findings. Trump's lawyer Charles Harder said at the time that "The New York Times' allegations of fraud and tax evasion are 100 percent false, and highly defamatory," according to the paper.

Mary Trump -- the daughter of the former president's late older brother, Fred Trump Jr. -- has been outspoken against her uncle, including penning a book, "Too Much and Never Enough: How My Family Created the World's Most Dangerous Man," in 2020 that painted an unflattering portrait of the Trump family and their financial dealings.

Mary Trump also revealed in her tell-all book that she was a source for the Times' story about Donald Trump's tax returns.

Donald Trump's younger brother, Robert Trump, had led the effort to try and block the release of their niece's book by claiming it would violate the terms of the confidential agreement the family reached in litigation after the death of family patriarch Fred Trump.