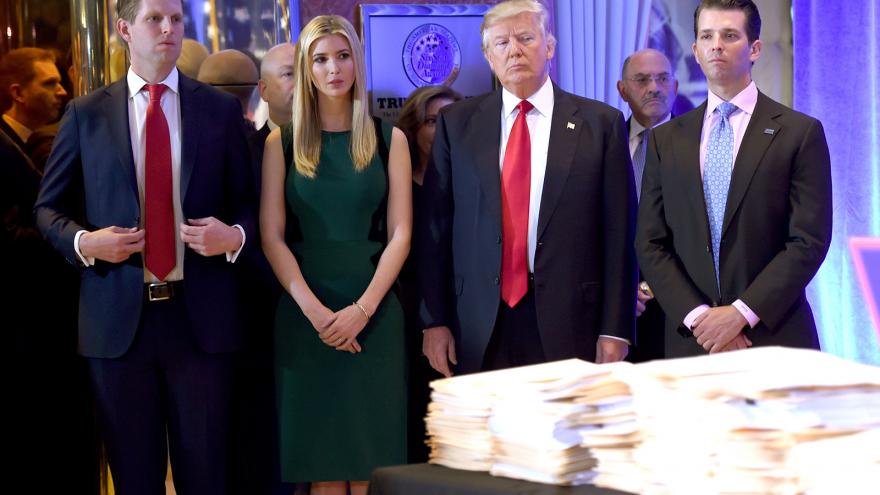 (CNN) -- Former President Donald Trump and his two adult sons have agreed to sit for depositions in May and June as part of a class-action lawsuit alleging they collaborated with a fraudulent marketing company.

The former President agreed to be deposed on June 16 while Eric Trump will sit for questioning on May 12 and Donald Trump Jr. on May 10, according to a letter filed with the court. The letter said a date for Ivanka Trump's deposition had not been proposed.

The lawsuit, which was filed in 2018, alleges that in exchange for "secret" payments, Trump and three of his adult children used his reality TV show "The Celebrity Apprentice" and other promotional events as vehicles to boost ACN Opportunity, a telecommunications marketing company linked to a nonprofit that used Trump's brand to appeal to teens.

The Trumps are accused of pocketing millions in payments between 2005 and 2015 to promote what they described as promising business opportunities: ACN Opportunity, as well as the Trump Network, a vitamin and health product marketing company, and The Trump Institute, a seminar program that "purported to sell Trump's 'secrets to success,'" according to the lawsuit.

Trump or his children have been deposed in a few lawsuits in recent years, including one concerning an assault outside of Trump Tower and a lawsuit alleging the Trump Organization abused donations raised for Trump's inauguration. They are fighting subpoenas for their testimony as part of the New York attorney general's civil investigation into the Trump Organization's finances.

Lawyers for the plaintiffs said they recently reviewed unaired footage from two episodes of "The Celebrity Apprentice" and identified certain footage that it believes is relevant to the case. It did not disclose what was on the footage.

Trump's attorneys previously said Trump didn't own the company the plaintiffs invested in and had no control over its operations.