Domino's is still struggling to get pizza to your house 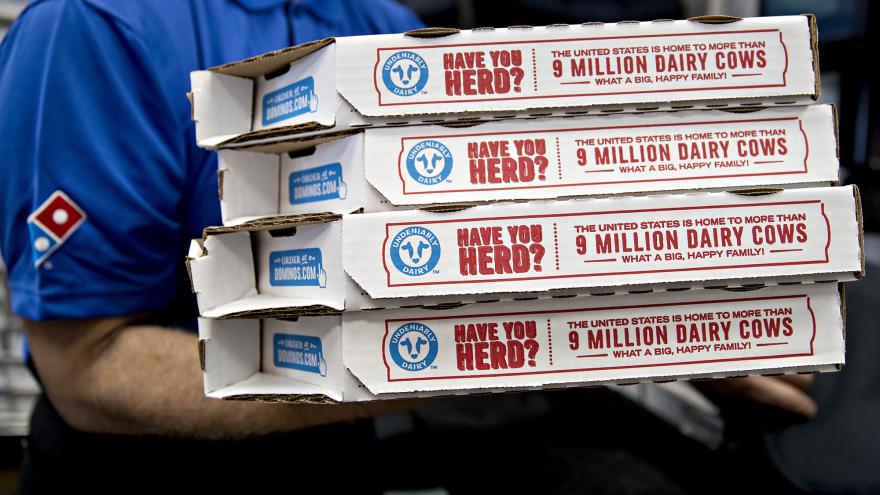 In the United States, sales at stores open at least a year fell 2.9% in the second quarter.

Delivery problems are not new for Domino's or the pizza business as a whole.

In early March, Domino's then-CEO Ritch Allison warned that a driver shortage would be a drag on business. Pizza Hut also blamed the same-store sales drop in the first quarter on a lack of delivery drivers.

Domino's is trying to solve its delivery problem in a number of ways. The pizza chain has been using call centers to free up employees for other tasks such as delivery. At the end of the second quarter, roughly 40% of Domino's US stores were using the service in some capacity, the company said.

"One of the key issues for delivery drivers is flexibility," said Domino's CEO Russell Wiener on Thursday's call. Letting drivers work shorter shifts, fewer hours per week and sign up for assignments last minute are "areas where we are continuing to evaluate and evolve our practices," he said.

The brand is also trying to simplify operations in stores to increase efficiencies and free up more employee time.

One option Domino's has been trying to avoid is the use of third-party delivery providers such as DoorDash, Uber Eats or Grubhub, which charge a commission fee.

"We continue to believe that many of the answers to the labor shortages we are facing are already in our system," said Weiner. But, he noted "the question remains, can we close the gap in performance and get back to fully meeting demand utilizing our current delivery model."

Until Domino's comes with the answer, he said, "all options will remain on the table."