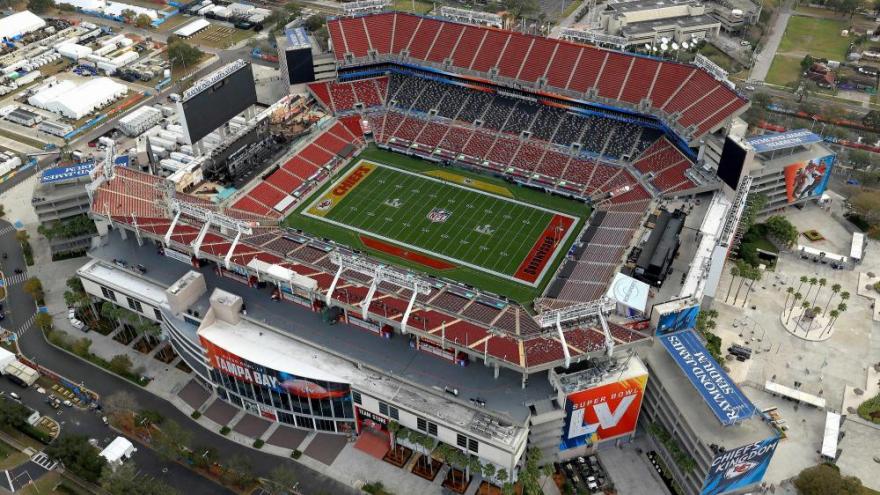 Domestic violent extremism remains a concern for Super Bowl security this weekend. The game is scheduled to be played at Raymond James Stadium in Tampa, Florida.

(CNN) -- Domestic terrorism remains a concern for law enforcement heading into Super Bowl weekend, Department of Homeland Security Acting Deputy Secretary David Pekoske said as officials aimed to assure the public that the game and surrounding venues would be safe.

"At this time, one particular area of concern is domestic violent extremism," Pekoske said, pointing to the recently released DHS terror threat bulletin during a news conference Wednesday with the NFL and law enforcement officials.

There were "no specific adjustments" to operations due to the insurrection at the US Capitol but there is a greater emphasis on investigative and intelligence work with respect to those threats, Pekoske said.

"We see no specific credible threat for this event, but we want to be prepared," he said.

Asked about increased chatter, Pekoske acknowledged it is harder to track violent threats when people are using encrypted apps.

The Super Bowl is designated with a "Special Event Assessment Rating 1," which unlocks federal resources to help secure the game but is lower than the security designation for the presidential inauguration.

More than 500 DHS personnel are assisting with Super Bowl security, along with the NFL security team, the FBI and the Tampa, Florida, Police Department.

The game is scheduled to be played at Raymond James Stadium in Tampa on Sunday night. About 22,000 fans will have tickets for the game, including 7,500 vaccinated health care workers.

Officials also made sure to remind people that Super Bowl is a "no drone zone" and people could face hefty fines if they break the rules.

There is also an aircraft flying over the Tampa area to assess the radiological baseline ahead of the Super Bowl, Scott McAllister, regional director of the DHS Office of Intelligence & Analysis, said in response to a question about local residents discussing the plane on social media.

Such flights help officials determine whether increased radiation occurs before or during an event.