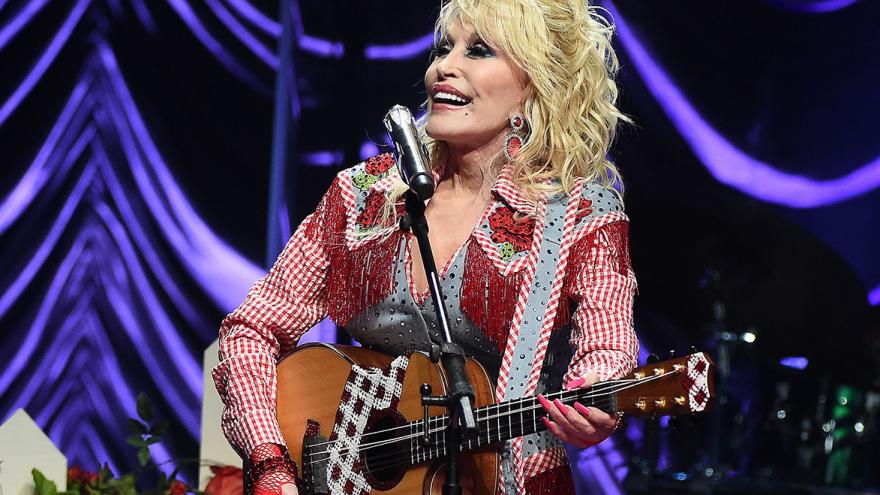 (CNN) -- The widely beloved, ever-humble Dolly Parton said in a new interview that she'd "accept gracefully" if inducted into the Rock & Roll Hall of Fame, one month after she said she wanted to withdraw her nomination.

Speaking to NPR about her new book with James Patterson, "Run, Rose, Run," Parton said that she'd "just say thanks and I'll accept it because the fans vote" if selected to join the storied music institution. She previously said she hadn't felt she'd "earned that right" to be inducted into the hall of fame.

Parton told NPR that when she said she wanted to "respectfully bow out" of the nomination process, she thought the hall of fame "was for the people in rock music." The Rock & Roll Hall of Fame has made an effort to induct artists whose work isn't neatly defined as "rock," including Jay-Z, Madonna and Johnny Cash, among many others.

"So I just felt like I would be taking away from someone that maybe deserved it, certainly more than me, because I never considered myself a rock artist," she said in a Friday interview. "But obviously, there's more to it than that."

In her initial statement, Parton said she didn't want "votes to be split because of [her]" and asked the hall of fame's voters to reconsider her if she's "ever worthy."

But shortly after Parton requested to withdraw her name in March, the Rock & Roll Hall of Fame Foundation said it would keep Parton in the running. Her name had already appeared on the ballot sent to voters, the foundation said, alongside nominees including A Tribe Called Quest and Dionne Warwick.

"From its inception, Rock & Roll has had deep roots in Rhythm & Blues and Country music," the foundation said in a statement in March. "It is not defined by any one genre, rather a sound that moves youth culture. Dolly Parton's music impacted a generation of young fans and influenced countless artists that followed.

"We are in awe of Dolly's brilliant talent and pioneering spirit and are proud to have nominated her for induction into the Rock & Roll Hall of Fame," the foundation said.