Dollar stores are battling over $1 prices 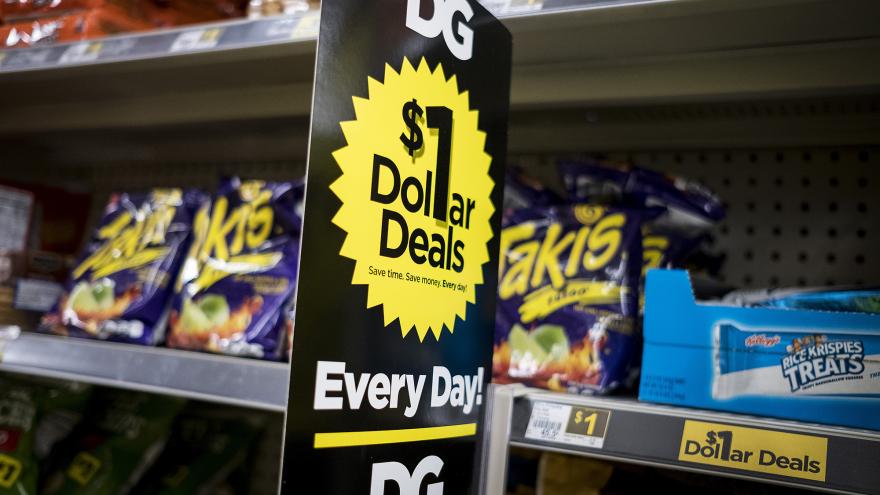 Last year, Dollar Tree announced it was walking away from $1 prices and raising prices on most products to $1.25. With Dollar Tree abandoning $1 prices, its main rival Dollar General sees an opportunity to draw away some customers.

Dollar General is advertising its $1 prices to customers in stores to push the perception that it's the place to save money as everything gets more expensive. Dollar General is "trying to take Dollar Tree shoppers" and position itself as a trade-down option, said Evercore ISI analyst Michael Montani.

With most of its stores in rural areas, Dollar General targets low-income customers and sells food and household essentials. By contrast Dollar Tree, a smaller competitor, operates stores primarily in the suburbs that target middle-income customers hunting for party goods and other knickknacks.

The largest dollar store chains in the United States aren't true dollar stores, though. Dollar General, for example, hasn't sold everything for a dollar in decades, and only about 20% of its merchandise is $1 or less.

But recently, Dollar General has been putting more of its $1 items in prime positions in stores and adding signs highlighting those prices. It's also considering growing its assortment of $1 items, the company said this week.

"We've actually leaned into our $1 price point," CEO Todd Vasos said on a call with analysts Thursday. Dollar General is "really pushing that [$1] side of the business because I think our customers will need us even more there."

Dollar General's main customers, many of whom have fixed incomes, often run out of money at the end of the month, Vasos said. Offering $1 items "bridges that last few days for her" and help "round out her month."

Gas prices have increased above $4, and Dollar General expects customers to drive less and shop closer to home. With 18,000 US stores, including some in towns where it's the only store around, Dollar General believes these trends work in its favor and shoppers will bypass higher-priced stores and trade down, especially for $1 products.

"Tougher times for the consumer normally means that she needs us more," Vasos said.

As Dollar General has stepped up its $1 strategy, Dollar Tree has moved away from them — even though $1 prices were Dollar Tree's brand identity for 35 years and its decision to move to $1.25 risked driving away customers.

But the highest inflation in 40 years forced Dollar Tree to make changes. It raised prices because its business was pressured by having to keep everything under $1, with surges in labor, transportation, fuel, merchandise and shipping costs squeezing the company's profits.

The jury is still out on the impact of the change. Earlier this month, Dollar Tree said that $1.25 prices were helping grow sales, but also noted that shoppers were buying fewer items as a result. Some Dollar Tree loyalists have also protested the price hikes.