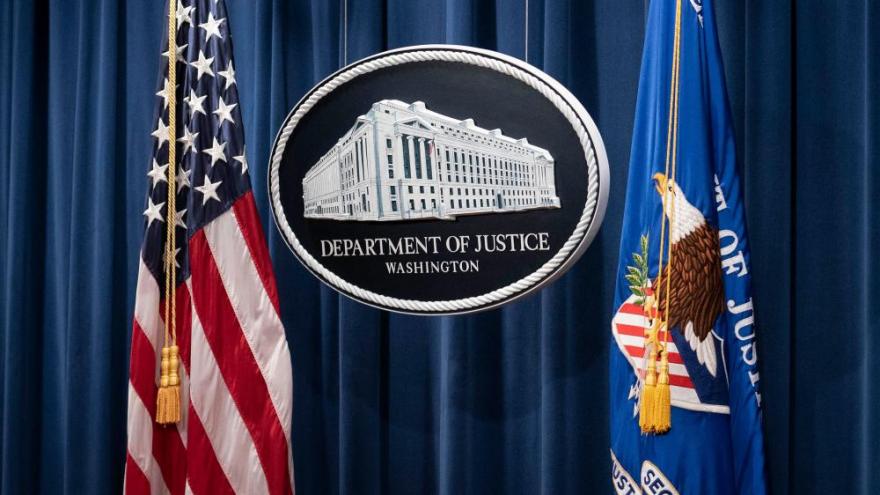 The Justice Department on Monday asked the 5th US Circuit Court of Appeals to halt Texas' six-week abortion ban while its suit challenging the new law is appealed.

(CNN) -- The Justice Department on Monday asked the 5th US Circuit Court of Appeals to halt Texas' six-week abortion ban while its suit challenging the new law is appealed.

Allowing the ban to remain in effect, the Justice Department said in its filing, "would prolong" its "substantial harm to the United States' sovereign interests and would disserve the public interest."

By "both defying the Constitution and frustrating judicial review, Texas has not merely protracted its assault on the rights of its citizens; it has repudiated its obligations under our national compact in a manner that directly implicates sovereign interests of the United States," the Justice Department said in its brief, which it submitted nearly a day before it was due.

Last week, the Justice Department had secured a preliminary order blocking the ban from US District Judge Robert Pitman.

The morning after Pitman issued his order, some clinics in Texas resumed providing abortions to patients who were beyond six weeks in their pregnancies. The clinics had done so at some legal risk, as the Texas law allows enforcement actions to be brought for abortions conducted while a court order blocking the law is in effect, if a higher court later reverses the order.

The Justice Department said Monday that the appeals court should reverse the administrative hold and deny Texas' request that the law remain in effect during the appeal. Under the law, private citizens can bring state court litigation against clinics or anyone else who facilitates an abortion after fetal cardiac activity is detected -- a point about six weeks into pregnancy and often before a woman knows she is pregnant.

The law provides no exception for rape or incest, although there is an exemption for "medical emergencies."

In its brief, the Justice Department shot back at Texas' claim that Pitman had erred in targeting his order at state court officials, among others.

"Having chosen this supremely unusual means of enforcing its unconstitutional law, Texas bears the obligation to identify an alternative form of injunctive relief if it is dissatisfied with the particular mechanism adopted by the district court. Tellingly, Texas has not done so," the department said.