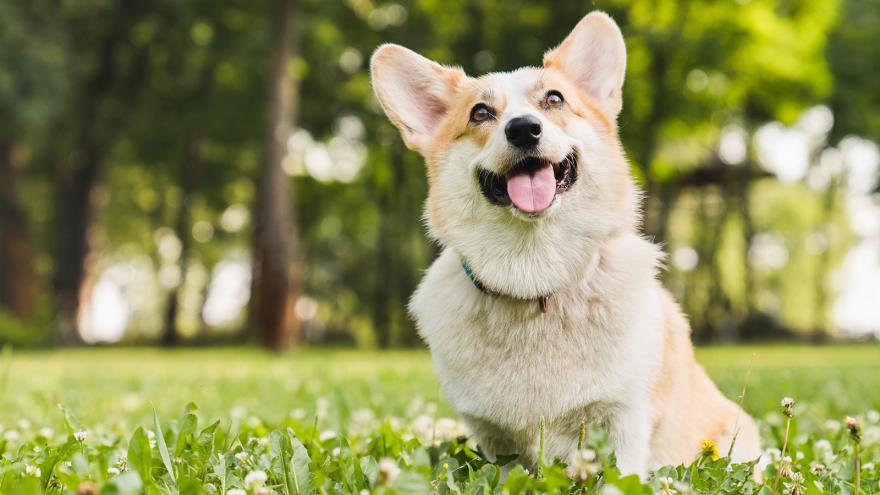 (CNN) -- A wagging tail, a loving lick, a playful jump, a heart-melting gaze. You know when your dog is happy to see you.

Now, new research from Japanese scientists suggests that a dog's eyes may well up with tears of happiness when reunited with their owner after a period of absence. The tears may help cement the bond between human and dog -- a relationship that goes back tens of thousands of years.

Like humans, dogs have tear ducts that well up with tears to keep their eyes clean and healthy. But tears in dogs, which tend not to fall as they do when humans cry,hadn't been linked with emotion before.

Takefumi Kikusui, a professor at the Laboratory of Human-Animal Interaction and Reciprocity at Azabu University in Japan, decided to investigate dog tears after watching one of his two standard poodles when she had puppies six years ago. He noticed that her eyes got teary as she nursed her puppies.

"We found that dogs shed tears associated with positive emotions," Kikusui, who coauthored the research that published Monday in the journal Current Biology, said in a news release.

"We also made the discovery of oxytocin as a possible mechanism underlying it," Kikusui said, referring to the hormone that in humans is sometimes called the love or maternal hormone.

To investigate the link, Kikusui and his team measured the amount of tears among 18 dogs with a standard test known as the Schirmer Tear Test.Itinvolved a paper strip placed inside the eyelids of the dogs for a minute before and after they were reunited with their owners following five to seven hours of separation.

"Tear volume was evaluated by the length of the wet part on the STT. The baseline was about 22 mm, and the reunion with the owner increased by 10%," Kikusui explained via email.

To understand whether oxytocin played a role in producing the tears, a solution containing the hormone was applied to the surface of 22 dog' eyes. The amount of tears significantly increased after the oxytocin was applied, compared with a control solution.

There's still a lot the researchers don't know about dog tears. Humans often cry in response to negative emotions, but researchers didn't test to see if dogs did the same, too.They also don't know if a dog's ability to tear up plays a social function in the canineworld.

Kikusui saidit was possible humans would better care for dogs that got teary-eyed. His team showed 74peoplepictures of dogs' faces with and without artificial tears in them and asked them to rank the animals. People gave more positive responses when they saw dogs with teary eyes.

"Dogs have become a partner of humans," Kikusui said in a statement, "and we can form bonds."