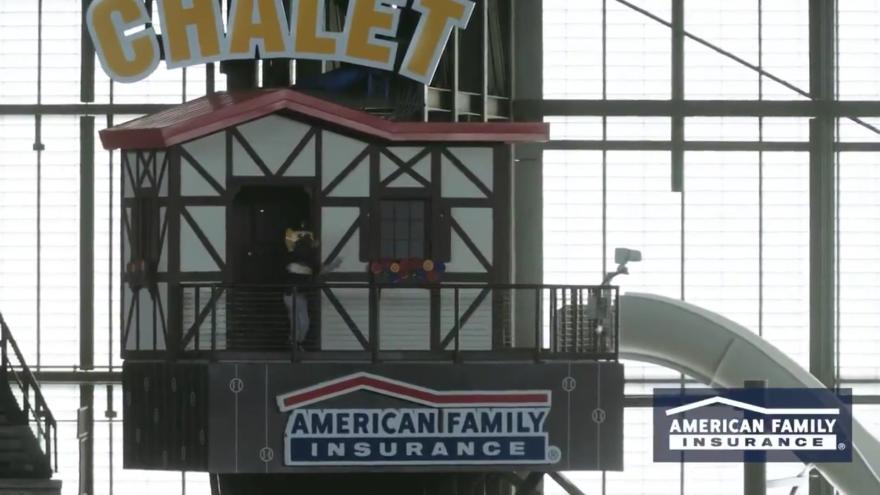 MILWAUKEE (AP) — Dodgers television and radio reporter David Vassegh said he broke two bones in his right wrist and cracked six ribs when he tumbled and crashed into the padding at the end of his slide down "Bernie's Chalet."

He was injured going down the same slide Milwaukee mascot Bernie Brewer uses to celebrate home runs by the home team.

Vassegh says he went down the slide twice Wednesday.

The first time, he was filmed at the top of the slide, and everything went fine.

The second time, he was filmed at the bottom, and that's when his right arm crashed into the padding.

The Brewers issued a statement regarding the incident:

The Brewers and Bernie wish David the best in his recovery from the landing on the slide. It’s the first time we’ve had an injury out there and appreciate the good nature that David and his colleagues have displayed in reviewing the experience.