Doctors should test levels of PFAS in people at high risk, report says 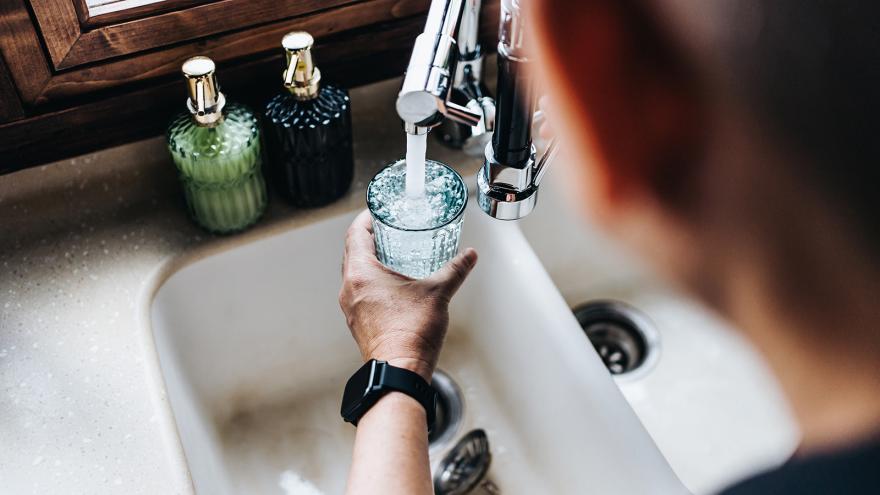 (CNN) -- Called "forever chemicals" becausethey fail to break down fully in the environment,perfluoroalkyl and polyfluoroalkyl substances, betterknown as PFAS, have been used since the 1950s to make consumer products nonstick, oil- and water-repellent, and resistant to temperature change.

This family of synthetic chemicals has been a topic of public debate for years as scientists and environmental advocates uncover additional evidence that certain PFAS are harmful to human health at increasingly lower levels.

On Thursday, the prestigious National Academies of Sciences, Engineering, and Medicine strode into the fray with a 300-plus-page report providing detailed advice for clinicians on how to test, diagnose and treat the millions of Americans who may have been exposed to PFAS.

"The National Academies are asked to do studies that would be free of the effects of advocacy, special interests, and politics, and are looked at as a trusted neutral body," said Dr. Ned Calonge, an associate professor of epidemiology at the Colorado School of Public Health and chair of the committee that wrote the report.

The report sets "nanogram" levels of concern and encourages clinicians to conduct blood tests on patients who are worried about exposure or who are at high risk. (A nanogram is equivalent to one billionth of a gram.)

People in "vulnerable life stages" -- such as during fetal development in pregnancy, early childhood and old age -- are at high risk, the report said. So are firefighters, workers in fluorochemical manufacturing plants and those who live near commercial airports, military bases, landfills, incinerators, wastewater treatment plants and farms where contaminated sewage sludge is used.

"These chemicals are ubiquitous in the American environment. More than 2,800 communities in the US, including all 50 states and two territories, have documented PFAS contamination," said Calonge, who is also an associate professor of family medicine at the School of Medicine on Colorado University's Anschutz Medical Campus.

Part of the committee's fact-gathering process was listening to citizens at town halls across the country. Pennsylvanian Hope Grasse, who was diagnosed with stage 4 cancer at age 25 after growing up near a naval base, described how her doctors laughed when she mentioned chemical exposure.

"They made me feel small; they made me feel stupid and embarrassed even just asking the question," she said at an April 2021 town hall, which was quoted in the report. "Clearly, they didn't have any information about environmental components (of disease)."

Michigan resident Sandy Wynn-Stelt discovered a landfill had contaminated her home's drinking water, according to the report. Levels were 1,000 times above what the Environmental Protection Agency considered safe, she said. After paying for a blood test out of pocket, she and her doctor found early-stage thyroid cancer.

"This report is a positive step forward. It's saying very clearly that exposure in a certain range is cause for concern," said toxicologist Linda Birnbaum, former director of the US Health and Human Services National Toxicology Program and National Institute for Environmental Health Sciences.

"Findings by the National Academies not only impact how scientists and physicians look at a topic, but how regulators and Congress do as well," said Birnbaum,whowas not involved in the report. "And I think that's very, very important."

Living near a major source of PFAS isn't the only way to be exposed. Carpets, couches, nonstick cookware, stain-resistant clothes, cell phones, cosmetics, the lining of fast-food wrappers -- the list of popular products that contain PFAS are too numerous to mention and nearly impossible to avoid.

In fact, PFAS chemicals have been detected in the blood of 98% of Americans, according to a 2019 report using data from the National Health and Nutrition Examination Survey.

In the environment, PFAS can contaminate drinking water in public drinking water systems and private wells. The chemicals can accumulate in the bodies of fish, shellfish, livestock, dairy and game animals that people eat, according to the report.

The chemicals remain in the body until "exposure ceases," and while blood levels may drop over time, levels of PFAS "continue to persist even after exposure ends," the report said.

That's because PFAS can be stored for years in different organs in the body, said academies committee member Jane Hoppin, an environmental epidemiologist and deputy director of the Center for Human Health and the Environment at North Carolina State University in Raleigh.

Why years? It's due to the "half-life" of various PFAS substances -- the time it takes for the chemical concentration in the body to be reduced by 50%, she said.

"Some of these chemicals have half-lives in the range of five years," Hoppin said. "Let's say you have 10 nanograms of PFAS in your body right now. Even with no additional exposure, five years from now you would still have 5 nanograms.

"Five years later, you would have 2.5 and then five years after that, you'd have one 1.25 nanograms," she continued. "It would be about 25 years before all the PFAS leave your body."

The committee found "sufficient" scientific evidence of an association between PFAS exposure and an increased risk of adult kidney cancer and abnormally high cholesterol levels, the report said. Cholesterol contributes to cardiovascular disease, "the leading cause of death globally, taking an estimated 17.9 million lives each year," according to the World Health Organization.

The committee found PFAS exposure was also sufficiently associated with decreased infant and fetal growth as well as decreased antibody response to vaccines in both adults and children.

"Decreased immune response at a time when we're trying to immunize the population against Covid-19 ... we felt these were unique characteristics worthy of attention," Calonge said.

A number of other conditions were "suggestive" of an association to PFAS exposure. The committee had "moderate" confidence there was an increased risk for breast cancer, testicular cancer, ulcerative colitis, thyroid disease or dysfunction and pregnancy-induced high blood pressure and preeclampsia in adults. Both adults and children could also have alterations in their liver enzymes after exposure.

Gaps in research for conditions also thought to be affected by PFAS -- asthma, bone density, additional hormonal disruptions and neurological and childhood developmental issues, to name a few -- made it difficult for the committee to come to any conclusions about definite health risks. Evidence in those areas was labeled as "inadequate or insufficient."

However, the committee ended its researchinJune 2021. "I'm sure there is more information out there that may have been published very recently," Hoppin said.

"We're not saying there isn't a health impact. We just didn't have enough data to make a decision," she added. "So I think one of the most important recommendations we made is that we should be looking at the literature every two years and updating the guidance."

Clinicians should "encourage reduction of PFAS exposure for these patients," look for signs of testicular cancer and ulcerative colitis and test thyroid and kidney function at all wellness visits, the report said.

In addition, doctors should prioritize screening for cholesterol, breast cancer and hypertension during pregnancy.

However, those levels are already out of date, Birnbaum said. In June, the EPA put out interim hazard advisories that lower the levels of PFAS allowed in drinking water "so low you basically can't even measure them."

"It's what I would say was a 'shot across the bow,' basically telling municipalities, 'Guys, there's really no safe level of this stuff,' " Birnbaum said.

Just how do allowable levels in drinking water compare to recommended blood serum levels? They compare because the EPA "used human studies to derive safe exposure levels, or reference doses, that were then used to calculate a drinking water advisory," said David Andrews, a senior scientist for the Environmental Working Group, a consumer organization that monitors exposure to PFAS and other chemicals.

"EPA used a blood serum level of 0.17 ng/ml," Andrews said via email. "This serum level was significantly below 2 ng/ml and then EPA applied an additional 10x safety factor to make sure variations in response between different populations were also protected."

What can people do

There are ways to lower exposure to PFAS chemicals, the report said. A key method is by filtering tap water, and the report points to a database of water filters that can reduce PFAS.

"The water filters that are most effective for PFAS are reverse osmosis filters, which are more expensive," Andrews said, adding that some carbon-based filters can reduce some levels as well.

"The important part is that you have to keep changing those filters," he said. "If you don't change that filter, and it becomes saturated, the levels of PFAS in the filtered water can actually be above the levels in the tap water."

The committee provided additional suggestions taken from the PFAS-REACH (Research, Education, and Action for Community Health) project, funded by the National Institute of Environmental Health Sciences: