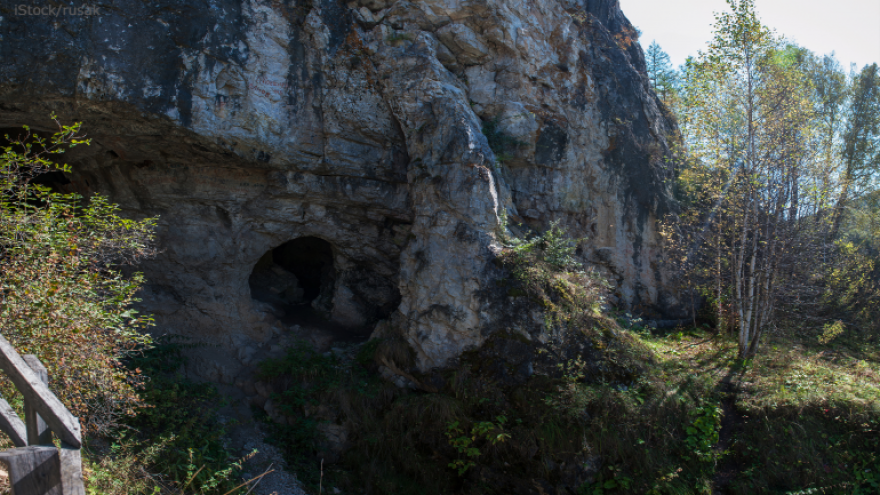 (CNN) -- Some of the most insightful discoveries about the past have been found in caves.

Like sanctuaries of history, caves have sheltered delicate fossils, artwork, ancient tools and even DNA in the dirt. Every unearthed revelation is another piece of the evolutionary puzzle.

Places like Denisova Cave are the reason we know enigmatic early humans even existed, because the fossil record has been kinder to some more than others. Cave art depicts creatures that have become extinct or even domesticated (like warty pigs).

It raises the question of what the things we cherish will reflect about us in the future.

This week, more chapters of the human story, safely nestled within caves, have survived the ravages of time.

The bones of a teenage hunter-gatherer who died 7,200 years ago on the Indonesian island of Sulawesi tell the story of a previously unknown group of humans.

She was part of the Toalean culture, only found in a pocket of Sulawesi's southwestern peninsula and descended from the first wave of modern humans to enter the Wallacea islands 50,000 years ago.

The young woman also shares ancestry with a separate and distinct group from Asia. No descendants of this lineage remain.

Meanwhile, over in South America, it will take years for researchers to study one of the world's largest collections of prehistoric rock paintings found in Colombia's Amazonian rainforest. The colorful paintings, made 12,500 years ago, show ice age animals like mastodons and giant sloths painted by some of the first humans to ever reach the Amazon.

The search for fossils is never easy, but this specimen was definitely hiding between a rock and a hard place.

A discovery made during a police raid has been identified as the most complete fossil of a flying reptile from Brazil. Hidden within limestone slabs was the fossil of Tupandactylus navigans, a pterosaur that soared across the skies 115 million years ago.

You've got to see this impressive creature to believe it. The pterosaur had a wingspan of 8.2 feet (2.5 meters) and was 3.3 feet (1 meter) tall -- with 40% of its height due to a gigantic, colorful head crest that just may be nature's greatest mohawk.

There is a whole host of weird and wonderful exoplanets beyond our solar system -- and now, astronomers have discovered a new class of exoplanets that may support life.

Say hello to Hycean planets, hot planets covered in oceans that have an atmosphere rich in hydrogen. While we wouldn't want to vacation there -- atmospheric temperatures reach almost 392 degrees Fahrenheit (200 degrees Celsius) -- their global oceans might be ideal for microbial life.

Searching for these ocean worlds is a big shift from missions like that of the Perseverance rover, which is looking for signs of ancient microbial life in the frozen desert on Mars and will attempt to drill for another sample soon.

Lurking in the southwest Pacific Ocean is "the Southern Blob," an area of unusually warm water about the size of Australia. Now, scientists have connected it to a megadrought that has lasted more than a decade in Chile, which is several thousand miles away.

The Blob was discovered about four decades ago. Its warm surface water also heats the air above it, creating a high-pressure ridge that can influence the path of storms as they move over oceans. It's to blame for sending storms away from South America's west coast, where winter storms are needed to replenish freshwater before summer.

Global warming has caused the Blob to get bigger and hotter.

Much like the famed science fiction film, it seems for now that this devastating Blob is indestructible -- although researchers will continue to monitor it in hopes that it breaks apart.

Never judge a book by its cover. Most female hummingbirds have muted feathers compared to their flashy male counterparts -- but some of these fast-flying ladies sport bright, jewel-tone plumage. And it may save them from getting into fights, according to new research.

The female hummingbirds with bright feathers, which made them look like males, faced less social harassment than females with drab plumage. This harassment included chasing or pecking -- which, with those long, sharp hummingbird beaks, sounds a bit like running around with swords.

Strange behaviors have also been witnessed recently in venomous olive sea snakes. The giant, frisky snakes are looking for love in all the wrong places and confusing divers for their mates. The best advice for divers: Even if a giant sea snake is hurtling toward you, hold very still.

Linger a little longer over these stories:

-- Elephants can use their trunks in incredibly unique ways -- and this may inspire the future of robotics.

-- This comet may have been seen in our sky 5,000 years ago by Stone Age civilizations.

-- Here's the truth about why cats "make biscuits" with their paws and the science behind how owning a dog can be good for your health.

In the path of the storm? Stay updated all weekend on Ida. Sign up for email alerts from CNN meteorologists and reporters in the field.