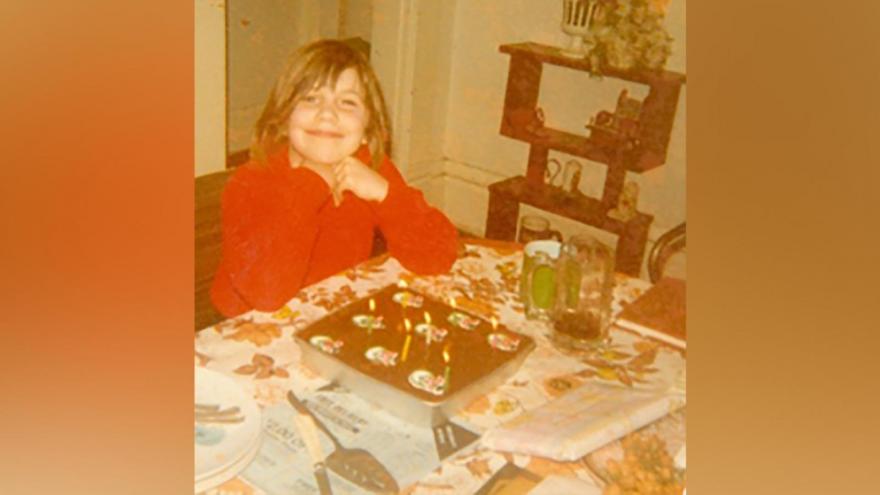 (CNN) -- After nearly 38 agonizing years, the family of Kelly Ann Prosser finally has learned who killed her.

Police in Columbus, Ohio, said Friday they cracked the cold case on who abducted, sexually assaulted and killed the 8-year-old, all thanks to genealogical testing and a podcast tracing the history of the case.

What was left behind was what -- after years -- helped investigators solve the case.

"This is a case that throughout the years all of CPD wanted to solve, and a case that affected all personnel on a personal level," Bodker said. "Imagine in 1982 collecting something that you didn't know would one day exist -- DNA."

Suspect was released months before killing

After one of the police department's "most intense investigations," evidence preserved from the crime scene proved to be the key for solving the case decades later, Bodker said.

Bodker identified Prosser's killer as Harold Warren Jarrell, a now-deceased man who was not mentioned in the original Prosser case file.

In 1977, Jarrell was charged and convicted with abducting a different 8-year-old girl from Tamarack Circle, on the north side of Columbus. He was released in January 1982, eight months before Prosser's abduction, said Sgt. Terry McConnell.

He's not currently a suspect in any other crimes in Columbus, according to Bodker.

In a statement read aloud by McConnell during Friday's news conference, Prosser's family thanked law enforcement for their dedication to their case over nearly four decades.

"When Kelly Ann left for school, the morning of September 20, 1982, we did not expect our time with her would abruptly end or that our future would change in every way imaginable."

"One moment we had this dazzling, mischievous 8-year-old little girl, then suddenly all we had left were memories, photographs that will never age, a calendar marking a dreadful new holiday, a grave, and pieces of Kelly's life stored in a box," the statement read.

Despite the new developments, the family said they feel no sense of justice or closure.

"Without any means of restoring the previous life that was taken there could never be such a thing as justice," the family said in the portion of the statement addressed to the media.

In time, however, the family said they will be "capable of showing empathy for the person who refused to show any compassion to our Kelly Ann."

"Forgiveness is not forgetting; forgiveness means letting go of the pain the incident caused us. And truthfully, hatred is too heavy a burden for anyone to bear," they said.

Around 2014 or 2015, the DNA collected was entered into the CODIS, a national database of DNA samples used by law enforcement, but no matches came out of the database, McConnell said.

In March, the police department partnered with Advance DNA, a forensic genealogy research company, which used the DNA sample to assemble a family tree for the potential suspect and provide additional leads for the detectives, McConnell said.

Jarrell worked for a local radio station in Columbus for much of the 1970s and 1980s, while holding other odd jobs throughout his time there. Although he had already died in Las Vegas, police were able confirm the link between Jarrell and Prosser after obtaining DNA samples from Jarrell's living relatives, McConnell said.

After following the new leads from Advance DNA, detectives also realized that a 2014 anonymous tip cited a "similar name" to Jarrell's, though at the time it wasn't verified due to limited information, McConnell said.

AdvanceDNA said in a statement to CNN that their team "leveraged DNA matches to the DNA profile provided by the Columbus Division of Police" and that the DNA matches came from users of two genetic testing companies who had opted in for law enforcement matching.

"In Kelly's case there were no close matches, instead leads were developed through connecting a series of 3rd cousins," the company said.