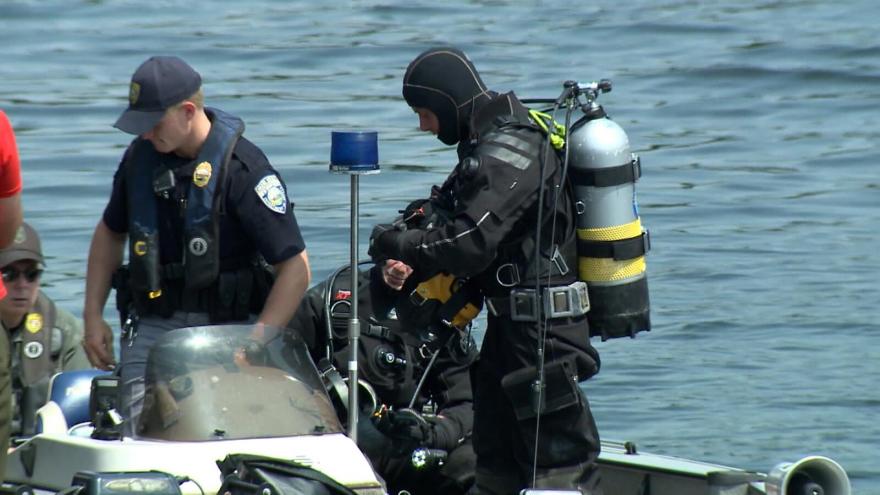 Search divers found a submerged car and human remains at the bottom of the Connecticut River.

(CNN) -- New Hampshire Fish and Game search divers found human remains on Friday in a submerged car believed to belong to a woman who has been missing for 43 years.

A preliminary investigation determined that the car may have belonged to Alberta Leeman, who went missing in 1978, according to a post on the New Hampshire State Police Facebook page.

The car was found submerged in the Connecticut River, about a mile south of the Mt. Orne Covered bridge, which connects Lancaster, New Hampshire, and Lunenburg, Vermont, according to the post.

It apparently had been underwater for decades and was found by New Hampshire Fish and Game using specialized equipment, police said.

A road runs next to the river, and CNN affiliate WMUR reported that the car was found upside down and half-buried at the bottom of the river, which was about 14-feet deep in that area.

"The vehicle that was found yesterday is a 1972 Pontiac LeMans with a license plate of OB610, which is the license plate that was registered to Ms. Leeman at that time," New Hampshire Fish and Game Lt. Robert Mancini told WMUR.

Officials have not yet positively identified the remains as Leeman, who was 63 when she went missing on July 25, 1978, WMUR reported.

Authorities are investigating how the car wound up in the river, the state police said in its post.

Police said Leeman's disappearance was not considered suspicious and there appears to be no danger to the public.