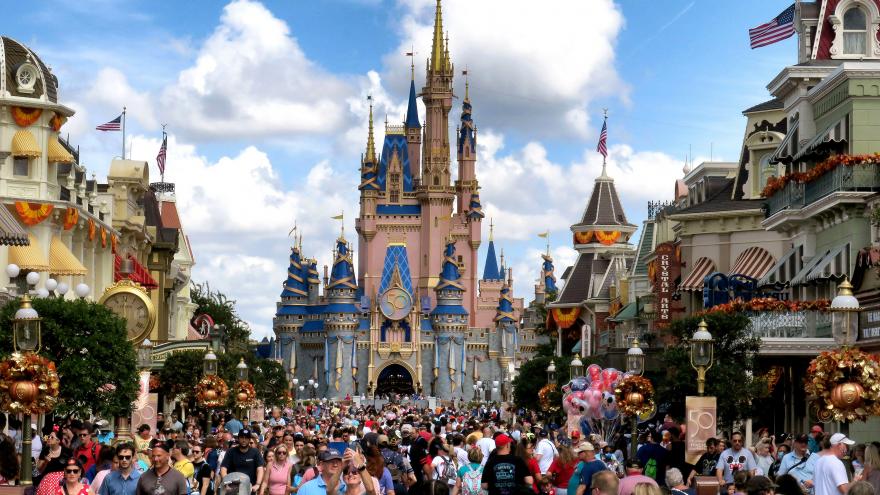 CNN) -- Disney said it regrets a performance at its Orlando theme park by a high school cheerleading squad after it received backlash for the routine's depictions of Native Americans.

"The live performance in our park did not reflect our core values, and we regret it took place," Disney spokesperson Jacquee Wahler said in a statement. "It was not consistent with the audition tape the school provided and we have immediately put measures in place so this is not repeated."

In a statement to KFDM, a spokesperson from the school said the team had performed the routine at Disney before with no issue.

"This is our eighth time at Disney," the spokesperson said. "They don't ask what you're going to do as far as a performance. It's just contest video and they see the uniforms. They asked for nothing else. This is the same performance we've done all eight times."

Port Neches-Groves High School has previously faced calls to change its mascot, which is listed on its website as "Indians," and depicted by a Native American man in a feathered headdress.

The Cherokee Nation said it has reached out to the school district and board in the past several years "asking them to cease using this offensive imagery, chanting, symbolism and other practices in their school traditions," Cherokee Nation Principal Chief Chuck Hoskin Jr. said Friday in a statement addressing the recent performance in Orlando.

The online reaction to the parade follows a controversial week for Disney.

Last Friday, Disney CEO Bob Chapek issued an apology for his previous public silence on a controversial Florida bill that would ban certain instruction about sexual orientation and gender identity for children from kindergarten to third trade. Critics have dubbed it the "Don't Say Gay Bill."

Chapek initially said the company would not publicly condemn it. Some of the company's employees staged brief walkouts in protest.

The organizers of the Disney walkout have not identified themselves, but they have a Twitter account, @DisneyWalkout and a website, whereischapek.com. Last week they wrote an open letter posted on their website, saying that Disney's recent statements "have utterly failed to match the magnitude of the threat to LGBTQIA+ safety represented by this legislation."

It's unknown how many employees are taking part, but Disney's LGBTQ+ employee resource groups are not involved, a source familiar with the matter told CNN earlier this week.

Chapek later apologized for his initial response. "Speaking to you, reading your messages, and meeting with you have helped me better understand how painful our silence was," Chapek wrote in a letter to employees last Friday.