Disney Princess toys and Frozen characters are coming back to Mattel 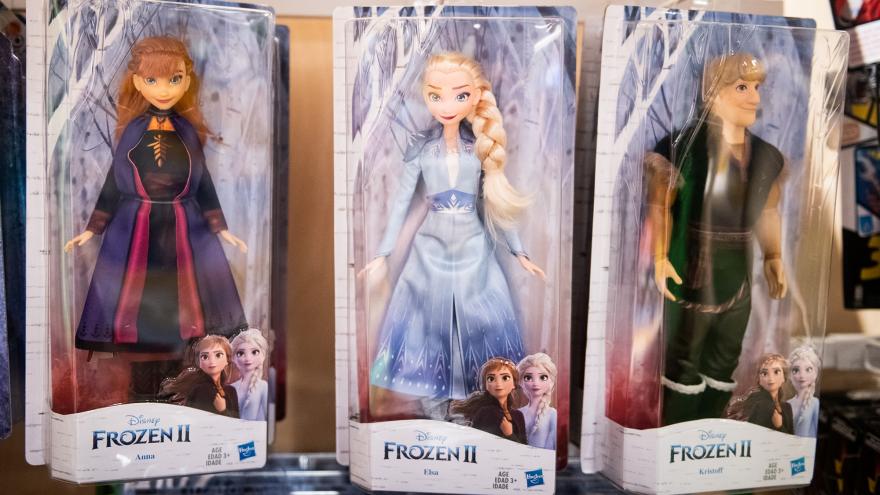 (CNN) -- It's a magical world again for Mattel. The toy company won back the rights to make dolls based on Disney's princess characters, including Frozen's Elsa and Anna, Jasmine from "Aladdin" along with Snow White, Cinderella, Ariel, Moana and other Disney heroines.

Mattel rival Hasbro took over the Disney Princess and Frozen license in 2016 after Mattel had been making the toys for twenty years.

Shares of Mattel soared more than 8% Wednesday following the announcement of the Disney deal. Hasbro's stock was down 2%.

"We are incredibly proud to welcome back the Disney Princess and Frozen lines to Mattel," said company president and chief operating officer Richard Dickson in a statement. The toy maker will start selling the new items at the beginning of 2023.

Hasbro was not immediately available for comment about the loss of the Disney Princess and Frozen toys. But Hasbro still has close ties to other parts of the Disney empire.

Hasbro announced separately Wednesday that it had renewed its agreement with Disney's Lucasfilm studio to make toys based on the immensely popular Star Wars franchise.

In addition, Hasbro will now make toys based on the Indiana Jones movies, also owned by Disney. Harrison Ford is returning to theaters as Indiana Jones for the fifth time in a new movie in 2023. The new Indy-inspired toys will be available then.

"We're proud to deepen our close working relationship and collaborate with the Disney team to bring innovative and engaging play experiences to kids, fans and families inspired by some of the world's most iconic entertainment brands," said Hasbro chief consumer officer Eric Nyman in a statement.

Hasbro also has a multi-year deal with Disney's Marvel studios to make toys based on the numerous superheroes in the Marvel Cinematic Universe. That deal was extended in 2020.