Disney changes name of 'Fairy Godmothers in Training' in US theme parks to gender-neutral term to be more inclusive, company says 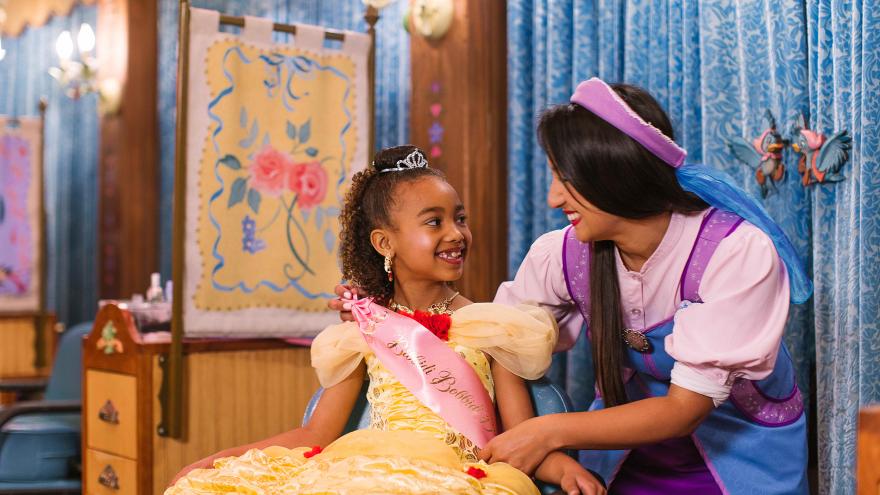 (CNN) -- Disney's "Fairy Godmothers in Training" who dress up children as princesses and knights in boutiques at its US theme parks are now called "Fairy Godmother's Apprentices" as part of its efforts to be more inclusive, a Disney spokesperson told CNN on Saturday.

The new title applies to cast members working at its Bibbidi Bobbidi Boutique locations, where they transform children into iconic Disney characters with makeup, hairstyles and costumes.

"With the wave of a magic wand—plus a few hands-on tricks of the trade—our Fairy Godmother's Apprentices will pamper and primp your child until they look storybook stunning. Children can choose a hairstyle then add makeup, nail polish and accessories—even a Disney costume," according to the Walt Disney World website.

A Disney spokesperson told CNN that the company made the change to allow men to work at the boutiques. Previously, only women were allowed to be cast members who held the title "Fairy Godmothers in Training," the spokesperson said.

The decision reflects a wider effort by Disney to update its parks to be more inclusive. Historically, Disney has been specific about Cast Members' appearance — favoring a clean-cut look, to stay consistent with the company's family-friendly image.

Last year, the chairman of Disney's parks division Josh D'Amaro said in a blog post titled "A Place Where Everyone is Welcome" he was committed to updating attractions, modernizing the parks' values and changing the guidelines for how park employees look and dress.

D'Amaro said the company will provide "greater flexibility" to their Cast Member's outfits with respect to "forms of personal expression surrounding gender-inclusive hairstyles, jewelry, nail styles, and costume choices." The parks will even allow Cast Members to show off "appropriate visible tattoos," his statement said at the time.

"We're updating them to not only remain relevant in today's workplace, but also enable our cast members to better express their cultures and individuality at work," D'Amaro wrote.