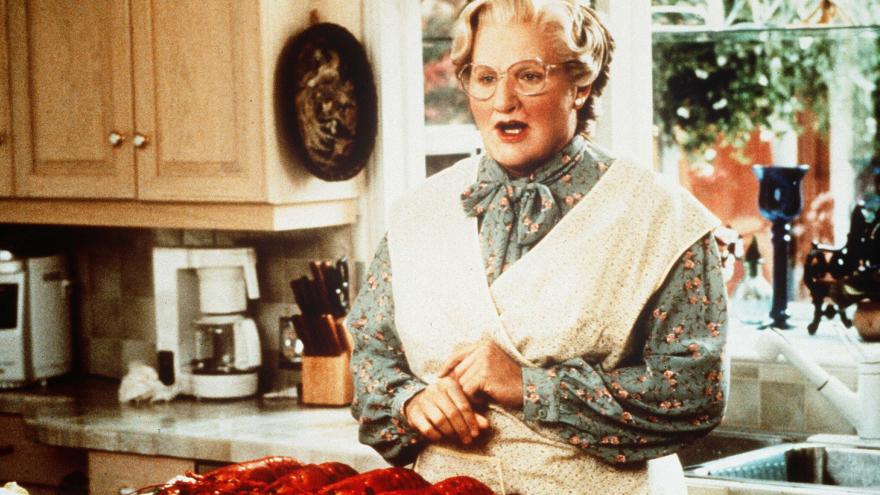 (CNN) -- "Mrs. Doubtfire" director Chris Columbus has confirmed the existence of an R-rated version of the beloved 1993 family film.

The comedy-drama starred the late Robin Williams as a struggling actor who disguises himself as a female housekeeper to spend time with his children after he loses custody in a bitter divorce.

Columbus admitted to shooting alternative scenes, after a viral tweet from the Film Facts twitter account suggested Williams had such a talent for improvisation that there were unused "PG, PG-13, R, and NC-17 cuts of the film."

Speaking to Entertainment Weekly on Friday, Columbus said that while there is no NC-17-rated version of the film -- rated PG-13 on release -- there are three different versions of it.

According to the filmmaker, Williams -- who portrayed both Daniel Hillard and his alter ego, British matriarch Euphegenia Doubtfire -- would do "one or two, three scripted takes. And then he would say, 'Then let me play.'"

"He (Williams) would sometimes go into territory that wouldn't be appropriate for a PG-13 movie, but certainly appropriate and hilariously funny for an R-rated film."

While some fans might be delighted by the idea of an R-rated "Mrs Doubtfire," Columbus said that version of the movie will probably never be released.

"I would be open to maybe doing a documentary about the making of the film and enabling people to see certain scenes re-edited in an R-rated version," Columbus said. "I think that would be the best approach.

Columbus said he remains "very proud" of the movie and doesn't wish to spoil its legacy in any way.

Williams, widely considered one of the greatest comedic actors of his generation, first made audiences laugh on the comedy circuit and "The Richard Pryor Show," before winning hearts across the globe as the alien Mork in TV sitcom "Mork and Mindy."

He brought his zany energy to films such as "Dead Poets Society" and "Good Morning, Vietnam," winning numerous awards for critically acclaimed performances, including the best supporting actor Oscar for his role as the sympathetic psychologist Sean Maguire in 1997 drama "Good Will Hunting."