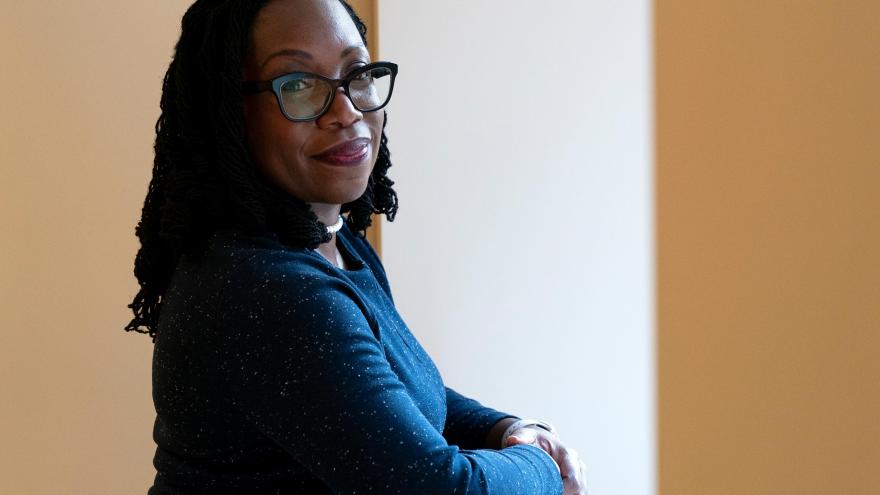 (CNN) -- With only a few days left in February, court watchers are trying to read tea leaves as to the identity of President Joe Biden's pick for the Supreme Court before his end-of-the-month deadline -- and a federal court on Thursday increased the buzz around DC Circuit Judge Ketanji Brown Jackson.

The US Court of Appeals for the District of Columbia Circuit deviated from its typical procedure by issuing an opinion on a Thursday -- breaking with its usual schedule of Tuesday and Friday release days. Notably, Jackson -- who has interviewed with Biden for the Supreme Court nomination -- was in the majority in the 2-1 ruling case.

Some legal experts took the release as a sign that Jackson could be the nominee and that the announcement could come as soon as Friday, especially because a similar scenario played out with now-Justice Brett Kavanaugh.

"Part of why this sets off alarm bells is because we saw a similar scene play out in July 2018 with then-D.C. Circuit Judge Brett Kavanaugh," said Steve Vladeck, CNN Supreme Court analyst and professor at the University of Texas School of Law. "The D.C. Circuit handed down a 2-1 ruling on a Monday -- a day on which it does not usually hand down decisions -- in a case in which Kavanaugh was in the majority. Had the case come down after his nomination was announced a few hours later, he presumably would have recused, and the panel would have divided 1-1."

"It's not hard to imagine that the same calculus explains why this 2-1 decision with Judge Jackson in the majority came out today -- another day on which the court does not usually issue non-emergency rulings."

A DC Circuit court official told CNN that the case in question was an unargued case in an emergency matter. The court always has the option to release opinions at any time, the official said, and has done so numerous times over the years, especially where an emergency matter is concerned.

The case is a dispute between a Connecticut power plant and the Federal Energy Regulatory Commission. The DC Circuit had intervened earlier this month to halt an order from the agency that would have blocked the plant from selling power to consumers. Thursday's ruling was the opinion -- written by Circuit Judge Neomi Rao and joined by Jackson -- explaining why the court had issued that emergency order.

The DC Circuit official also confirmed that "generally" nominees for the Supreme Court stop participating in cases in front of the appellate court after their high court nomination is announced.

"Sometimes the nominated judge provides us with a statement to read in response to media inquiries," the official said, adding, "We don't know anything at this point."

Another contender for the seat, California Supreme Court Justice Leondra Kruger, was spotted in California Thursday morning, while a car accompanied by state police was seen departing the South Carolina home of a fellow shortlister, District Court Judge J. Michelle Childs. Plastic bags covered the car window, so it was unclear whether Childs was in the car.

Biden has reached a decision on his first nominee, people familiar with the selection said Thursday evening, with his historic selection of the first Black woman to serve on the nation's highest court set to be revealed as soon as Friday.

A Friday ceremony would mark two years to the day when Biden made his initial pledge to choose the first African American female justice during a 2020 primary debate in South Carolina.

Jackson was elevated to the DC Circuit last year by Biden, having previously served nearly a decade on DC's federal district court. She has long been viewed as the front-runner to replace retiring Justice Stephen Breyer, for whom she clerked. Her experience working as a DC public defender has been touted by her backers -- as Biden has sought to put more public defenders on the bench.