Dictionary.com adds Black, as it refers to a person, in massive update around definitions that reflect culture, identity, and race 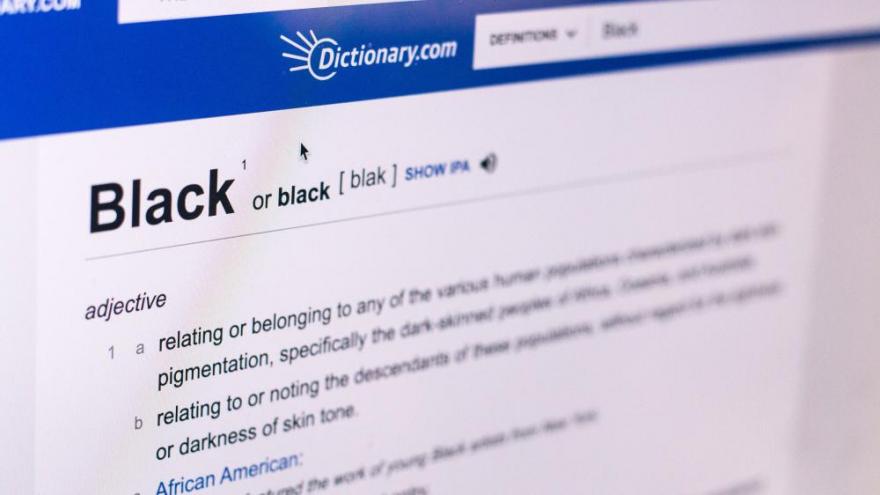 Dictionary.com adds Black, as it refers to a person, in massive update around definitions that reflect culture, identity, and race

(CNN) -- "Afro-Latinx." "Deadname." "Janky." These are just some of the many terms now on Dictionary.com.

"The work of a dictionary is more than just adding new words. It's an ongoing effort to ensure that how we define words reflects changes in language—and life," said John Kelly, a senior editor at Dictionary.com, in a news release.

"Among our many new entries are thousands of deeper, dictionary-wide revisions that touch us on our most personal levels: how we talk about ourselves and our identities, from race to sexual orientation to mental health. Our revisions are putting people, in all their rich humanity, first, and we're extremely proud of that."

The update includes the capitalization of Black, an increasingly popular move by many websites and news organizations as White America begins to reckon with race.

The website called the move "a mark of respect and recognition that's in line with capitalizing other cultures and ethnicities." It also added terms like Afro-Latina, Afro-Latino, Afro-Latinx, brownface, Filipina, Filipinx, Pinay, Pinoy and Pinxy.

In the update, the word "gay" replaced "homosexual," and "gay sexual orientation" replaced "homosexuality." The decision was made to remove "the implication of a medical diagnosis, sickness, or pathology when describing normal human behaviors and ways of being," Dictionary.com said in its release.

It updates language around suicide

Dictionary.com also updated its language around suicide -- replacing its previous wording of "commit suicide" with "die by suicide" or "end one's life."

There were some fun additions, too, like the acronym "GOAT," or greatest of all time, and "amirite" (the website used it in a sentence for convenience: "College admissions essays are exercises in creative writing, amirite?!")

Here's a look at more of the added terms: