Diahann Carroll, pioneering star of 'Julia' and 'Dynasty,' dead at 84 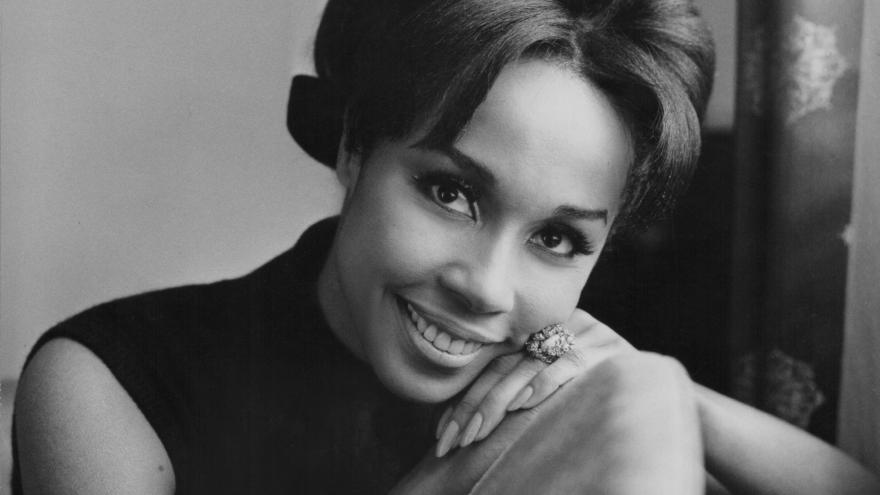 (CNN) -- Diahann Carroll, who pioneered television with her starring role in the 1968 series "Julia," died Friday, her daughter Suzanne Kay confirmed to CNN.

She died early Friday, following a battle with breast cancer, according to her publicist Jeffery Lane.

Known as much for her talent as she was her beauty and elegance, Carroll was beloved for her work in "Julia," as well as her subsequent performance as the wealthy and cultured Dominique Deveraux in the 1980s ABC primetime soap opera "Dynasty."

She became the first African-American woman to star in a network sitcom not revolving around a stereotypical character when "Julia" premiered on NBC in 1968.

Her role as widowed nurse Julia Baker, who was raising a charming young son, also broke ground for its portrayal of a black woman as something other than a domestic worker.

But while some called "Julia" groundbreaking for its non-stereotypical premise, others criticized the show for what they saw as a simplified depiction of the black experience in America in the late '60s.

In 1998, Carroll told the Television Academy Foundation she was reluctant to do the series.

"I really didn't believe that this was a show that was going to work," she said of "Julia." "I thought it was something that was going to relieve someone's conscience for a very short period of time and I really thought 'Let them go elsewhere.'"

The series earned her an Emmy nomination and a Golden Globe award.

Carroll already had an established career by that point.

Born Carol Diann Johnson in New York City, she attended the New York High School of Music and Art on a scholarship.

At the age of 16, she adopted the name Diahann Carroll and won an audition for the Arthur Godfrey's Talent Scouts television show.

The opportunity led to radio performances, modeling work and singing in nightclubs.

Carroll made her Broadway debut in 1954 in the musical "The House of Flowers," which also starred Pearl Bailey and Juanita Hall. She appeared in her first film, the now classic "Carmen Jones," starring Harry Belafonte and Dorothy Dandridge, that same year.

It was on Broadway, however, where Carroll hit her stride.

She became the first African-American woman to win a Tony for best actress when she snagged the coveted award for her portrayal as Barbara Woodruff in the 1962 musical "No Strings."

She went on to receive an Oscar nomination for the 1974 movie "Claudine," in which she starred opposite James Earl Jones.

Carroll once again changed the television landscape in the 1980s when she became the first major African-American character on a primetime soap in "Dynasty."

Her character, the previously referenced Dominique Deveraux (which she also played on the spinoff "The Colbys"), served as an antagonist to Alexis Carrington, played by Joan Collins.

In an interview her first day on the set in 1984, Carroll said she wanted to be "the first black b***h on television."

"I've never played a role quite this unlikeable," she said. "And I like that. I like that very much because I think very often, particularly minorities, it's almost required of them that they are nice people."

She was married four times: to record producer Monte Kay from 1956 to 1963 during which time they had a daughter, Suzanne; briefly to Las Vegas boutique owner Fred Glusman in 1973; to Jet magazine managing editor Robert DeLeon from 1975 until his death two years later in a car crash; and to singer Vic Damone from 1987 to 1996.

In the 1990s, Carroll won a new legion of fans playing Whitney Gilbert's mother, Marion, on "A Different World" and the new millennium found Carroll appearing on multiple TV shows, including "Grey's Anatomy" and "Diary of a Single Mom."

Her last credited role was as Miss Edna in the 2016 film "The Masked Saint."

Carroll is survived by her daughter and her grandchildren, August and Sydney