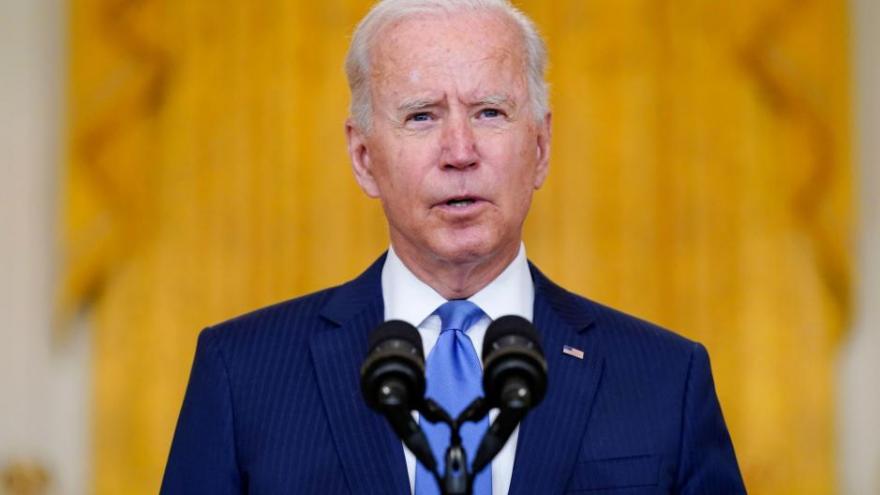 The Department of Homeland Security plans to ramp up deportation flights to Haiti to deter Haitians who are overwhelming Del Rio, Texas, a Customs and Border Protection official told CNN.

(CNN) -- The Department of Homeland Security plans to ramp up deportation flights to Haiti to deter Haitians who are overwhelming Del Rio, Texas, a Customs and Border Protection official told CNN.

The department said in a statement Saturday it's preparing additional transportation to accelerate the pace and increase the capacity of removal flights to Haiti, as well as other destinations, within the next 72 hours.

There are 14,353 migrants under the Del Rio International Bridge waiting to be processed by immigration authorities as of Saturday, according to Bruno Lozano, the mayor of Del Rio.

The Associated Press was first to report on the increase in flights.

Haiti is still reeling from a major earthquake that resulted in more than 2,000 deaths and thousands more injuries, as well as the assassination of President Jovenel Moise in July. For those reasons, more than 50 Democratic lawmakers urged the Biden administration in a letter this week to halt deportations to the country.

"The Haitian government's ability to safely receive its citizens will take months, if not years, to secure," the letter said.

Many of the Haitians currently at the border are believed to have been living in South America after the 2010 earthquake in Haiti, but the toll of the pandemic on the region fueled migration to the US southern border.

In a statement outlining the administration's strategy, DHS also announced that within the next 24 to 48 hours, Customs and Border Protection will surge 400 agents and officers to the Del Rio sector.

Border Patrol is also coordinating with Immigration and Customs Enforcement and the US Coast Guard to move people from Del Rio to other processing locations, including around 2,000 Friday.

Similar actions this year to process migrants elsewhere on the US-Mexico border have prompted criticism from immigrant advocates who argued that it led to confusion among migrants, and at times, put them in harm's way.

In an acknowledgment that some Haitians previously lived in other countries before traveling to the border, the administration said it's working "with source and transit countries in the region to accept individuals who previously resided in those countries."

"The majority of migrants continue to be expelled under CDC's Title 42 authority. Those who cannot be expelled under Title 42 and do not have a legal basis to remain will be placed in expedited removal proceedings," the department said, referring to a public health order linked to the coronavirus pandemic that allows for the swift removal of migrants.

The number of Haitians arriving at the US southern border has gradually increased since the spring. In August, US Customs and Border Protection encountered 7,580 Haitians, according to the latest available data.

DHS has taken other measures to address Haitians in the US. In May, DHS Secretary Alejandro Mayorkas announced a new 18-month designation of Haiti for Temporary Protected Status, a form of humanitarian relief. TPS applies to people in the United States who would face extreme hardship if forced to return to homelands devastated by armed conflict or natural disasters and allows them to legally work in the US.

CORRECTION: An earlier version of this story misstated who said there are 13,990 migrants under the Del Rio International Bridge. It was Del Rio Mayor Bruno Lozano.