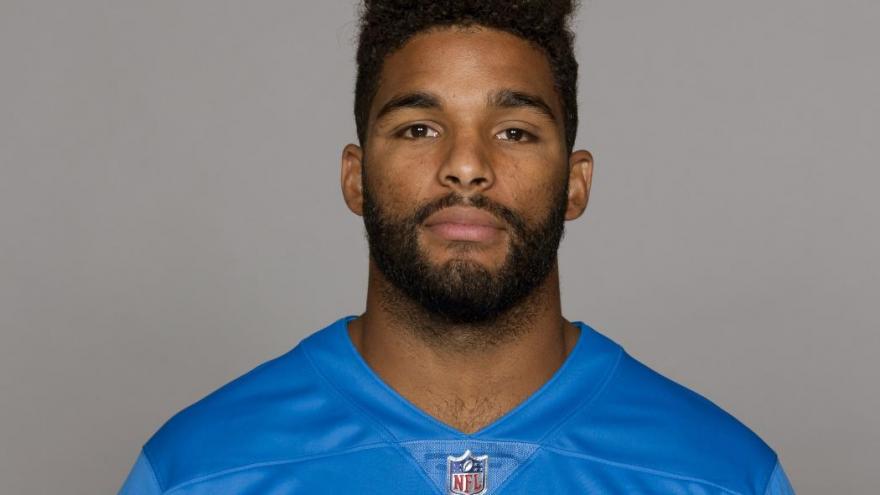 The 25-year-old football player from Maine was on his way to his hotel in Queens around 1:30 a.m. Saturday when he allegedly stiffed the cab driver, who then called the police from a Hampton Inn near LaGuardia Airport.

Bates was arrested and taken to a NYPD precinct, where he "became increasingly agitated" and punched Sergeant James O'Brien in the face, according to the district attorney's statement. Bates was subsequently Tased, and O'Brien was transported to a local hospital where he was treated for a concussion and received three stitches over his left eye.

A spokeswoman for the District Attorney's office told CNN that Bates also was taken to the hospital, where he remains in custody. She declined to say what he is being treated for but added that he is expected to be arraigned upon his release.

It is unclear at this time whether Bates has retained an attorney.

In a tweet from the Lions' account posted Saturday afternoon, General Manager Bob Quinn said the team is aware of Bates' arrest but had not spoken to him and was "still in the process of gathering more information." Quinn said the Lions would have no further comment.

Bates faces charges of second-degree assault, obstructing governmental administration, theft of services and resisting arrest, according to Brown's statement. If convicted, Bates could be sentenced to anything from probation to up to seven years in prison.

A star player at the University of Maine, Bates was drafted in 2016 by the Indianapolis Colts, who later released him. He played briefly for the New England Patriots and New York Giants before being signed by the Lions last May.